The centre span was delivered from Carlow to the site in June 1984. It had undergone rigorous mechanical testing during its manufacture in Carlow. X-ray tests were carried out on all welds. The centre span was lifted into place on June 7th 1984 by a crane which was brought from Rotterdam. It is claimed that up to then the central span was probably the heaviest weight ever lifted by a crane, which was operating off water, in Ireland.

The East-Link Bridge was officially opened by An Taoiseach Dr Garrett Fitzgerald in the year 1984 On This Day. 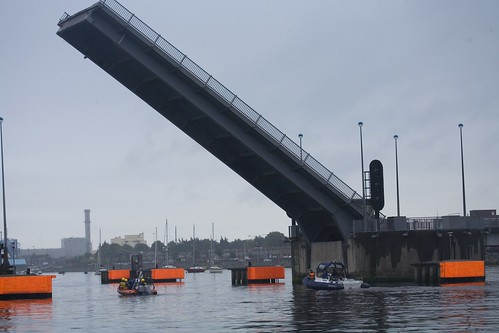