Cork City, Kinsale, the Spanish Arch in Galway City and other parts of the south and west coasts of Ireland all felt the force the Tsunami of 1755. The Tsunami resulted from an earthquake which occurred 1,500 to the south of Ireland off the coast of Portugal. The earthquake and resultant Tsunami caused the deaths of thousands of people and brought about widespread destruction.

The Great Lisbon Earthquake was one of the most destructive in history. It is reported that in Portugal alone up to 100,000 people died. The earthquake is reckoned to have measured between 8.5 and 9 on the Richter Scale. It occurred just before 10.00am close to the coast of Portugal.

About three hours after the earthquake, the resultant tsunami hit the South coast of Ireland. Large parts of Cork city were flooded. The market place in Kinsale was flooded and boats in the harbour were torn from their moorings. Damage was also reported along the coast of Clare and as far north as Galway city.

The tsunami which resulted from the Great Lisbon Earthquake hit the south and west coasts of Ireland in the year 1755 On This Day. 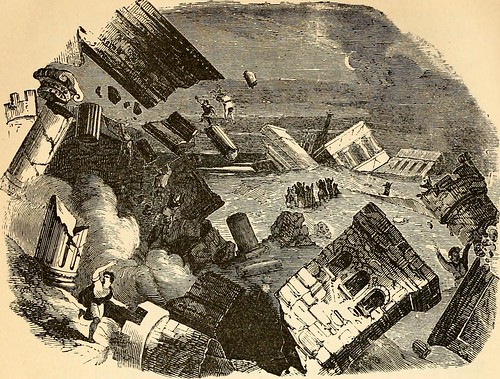 Image from page 520 of “Encyclopedia of natural and artificial wonders and curiosities including a full and authentic description of remarkable and astonishing places, beings, animals, customs, experiments, phenomena, etc., of both ancient and modern time by Internet Archive Book Images on 1876-01-01 00:00:00 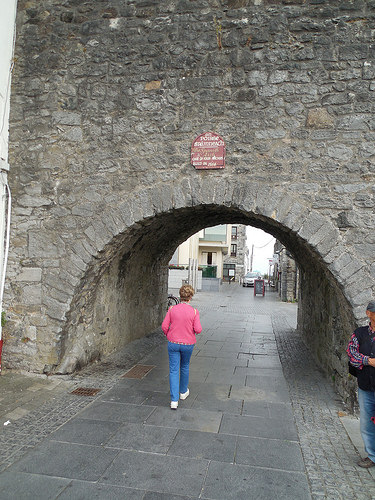