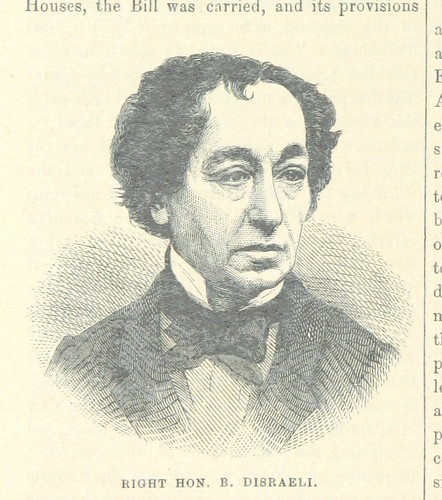 Carlow Castle is a Norman era castle which is located at the confluence of the river Burren and the river Barrow in Carlow town, Ireland. The Castle, now a ruin, is a national Monument of Ireland and can be visited all year round. In 2013 events were held in Carlow town to mark the 800th anniversary of the construction of the castle.

Around 1180 the first fortification, built by Hugh de Lacy on the site of the present castle is thought to have been a motte and bailey structure. This building was replaced by a masonry castle which was built by William Marshall, Lord of Leinster and completed around 1213. The castle, which was three stories high, was rectangular in shape with a circular tower at each corner.

Lionel, the son of King Edward III of England, moved the exchequer from Dublin to Carlow Castle for a time during his Lordship of Ireland. As a result Carlow became the capital of Ireland in 1361. The town remained the capital until 1374 when the exchequer was moved back to Dublin due to the instability of the area because of attacks by local Gaelic clans.

The castle which had several owners down through the centuries survived largely intact until the early 1800’s when it was owned by Mr Hans Hamilton. Hans Hamilton was MP for Dublin County in the Irish Parliament from 1798 until the Act of Union 1801. Though he was opposed to the Act of Union he later served as MP in the British House of Commons. His grandfather had been MP for Carlow from 1723 to 1760.

Around 1812 Mr Hamilton leased the Carlow Castle to a Dr Philip Parry Price Middleton who intended to convert the building to a psychiatric hospital. He is reported to have spent a large amount of money restoring and modernising the building. Reports also say that in an attempt to create an entrance to the castle at street level the doctor used gunpowder. The explosion caused the two eastern towers and the adjoining walls to collapse. What remains today, the west wall with two of its cylindrical towers, is under the care of the Office of Public Works.

Carlow Castle which had stood for almost 600 years was partially destroyed in an explosion in the year 1814 On This Day. 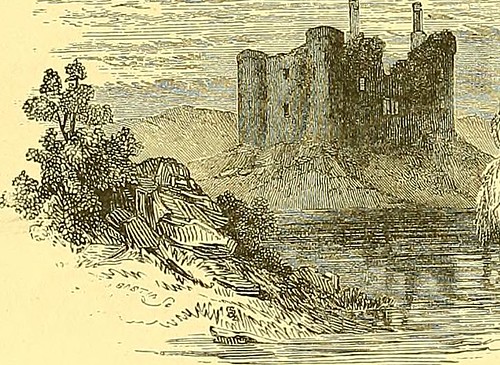 Image from page 468 of “Picturesque Ireland : a literary and artistic delineation of the natural scenery, remarkable places, historical antiquities, public buildings, ancient abbeys, towers, castles, and other romantic and attractive features of Ireland” by Internet Archive Book Images on 1885-01-01 00:00:00 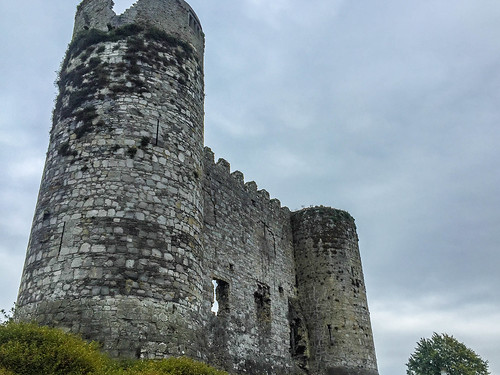 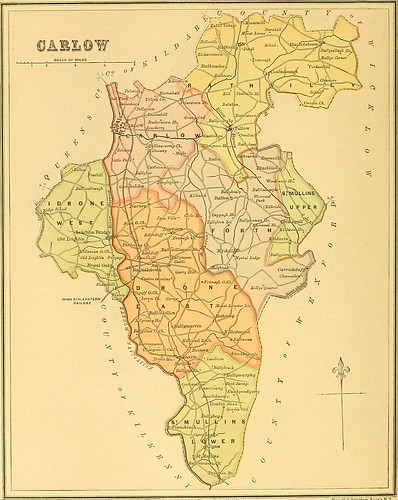 Image from page 465 of “Picturesque Ireland : a literary and artistic delineation of the natural scenery, remarkable places, historical antiquities, public buildings, ancient abbeys, towers, castles, and other romantic and attractive features of Ireland” by Internet Archive Book Images on 1885-01-01 00:00:00