Carlow Vocational School was located in the Assembly Rooms on Dublin Street, Carlow, Ireland for almost 50 years. George Bernard Shaw gifted the Assembly Rooms to the local Technical Instruction Committee and he stipulated that it should be used for educational purposes. The Committee converted the then dilapidated building into a school which opened in 1923. A wide range of courses were advertised by the Principal Dr John Ryan. This school is reputed to have been the first co-educational second level school in Ireland. To cater for the growing enrolments the building was upgraded and expanded in 1936. The school, which now caters for over 1,100 students, moved to its present location on the Kilkenny road in 1972. Because of increasing enrolments the Department of Education has recently sanctioned the building of a new school also on the Kilkenny road to cater for 2,000 students. The Assembly Rooms which opened in 1794 were used for a time as the county library following the relocation of the Vocational School. They are now used as offices by Carlow County Council. The upgraded and expanded Vocational School was officially opened on Dublin Street by the Minister for Education and Mayo native Tom Derrig in the year 1936 On This Day 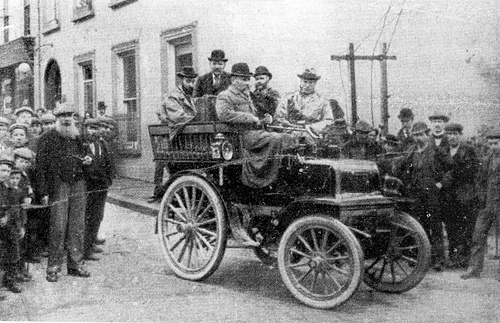