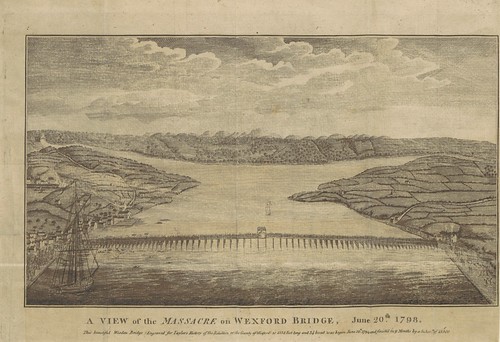 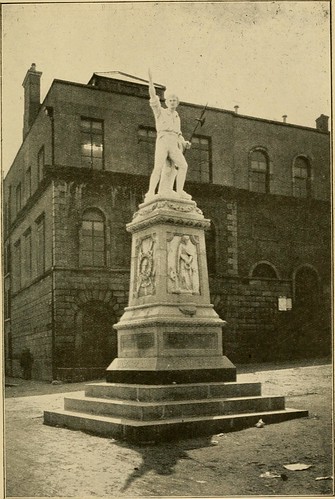 John Kelly was born in Killane about 20km west of Enniscorthy, Co Wexford in 1776. He was one of the leaders of the Rising of 1798. Following the capture of Wexford town he was injured while leading a column at the battle of New Ross. Following the failure of the Rising Kelly was hanged in Wexford town. In 1898 a memorial was erected at his grave. In 1998 another memorial to John Kelly was erected at a nearby crossroads.

For the cause of long down trodden man

Glory-o to Mount Leinster’s own darling and pride

Dauntless Kelly the boy from Killane

John Kelly is reported to have been hanged for his role in the Irish Rebellion of 1798 in the year 1798 On This Day. 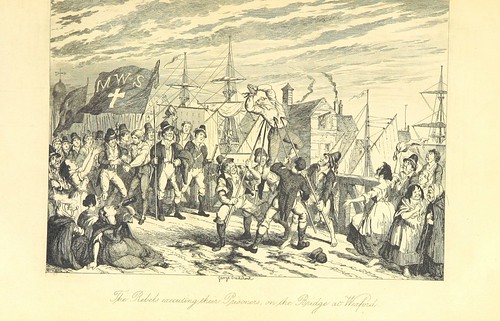 Sir Edward Crosbie of Viewmount, Browneshill, Carlow, Ireland was found guilty of supporting the rebels in the Battle of Carlow in 1798 and was executed. Sir Edward Crosbie lived with his wife and family at Viewmount close to Carlow town. On the night of the 24th of May, the night before the Battle of Carlow, the United Irishmen congregated on the lawn in the grounds of his estate. It is said that over 1,000 men were present as plans were made to capture the town of Carlow. In the event the assault on Carlow was a failure and it is said over 600 people lost their lives.

In the aftermath of the Battle of Carlow several arrests and executions followed. Many of those who worked for Sir Edward Crosbie had declared themselves to be United Irishmen. These included his steward Thomas Myler and his butler John Finn. Myler was one of those who escaped. Colonel Mahon of the 9th dragoons based in the military barracks in Carlow carried out a search of Crosbie’s home on May 30th searching for Myler. Mahon arrested Sir Edward Crosbie and brought him to Carlow jail.

At his court martial Crosbie was accused of being present during the Battle of Carlow. However it later emerged that Myler, who was described as being of similar build to Crosbie, was wearing a coat which he had on loan from Sir Edward. Sir Edward protested his innocence and stated that he was never a member of the United Irishmen. Attempts by his wife to defend her husband were frustrated at every opportunity. She was cut short while giving evidence at his court martial. He was found guilty and sentenced to death. Following his hanging his head was severed from his body and was placed on a pike outside Carlow jail for passers-by to view. In 1802 Crosbie’s family produced a publication proclaiming Sir Edward’s innocence.

Sir Edward Crosbie was found guilty by a court martial of involvement in the Battle of Carlow and was executed in the year 1798 On This Day. 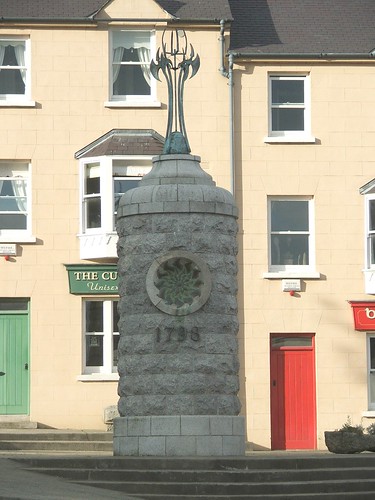 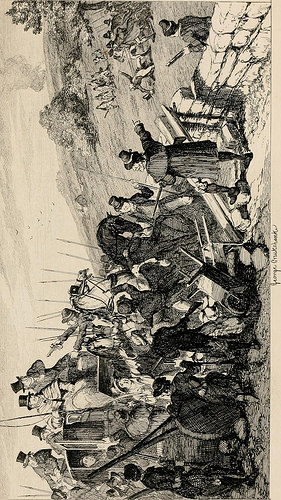 The Rising of 1798 in Carlow town, County and several other locations in Ireland reflected, in part, a period of social and political upheaval which was occurring in various parts of Europe at that time. The Rising was led by the Society of United Irishmen which had been founded in Belfast by Theobald Wolfe Tone in 1791. Tone and the other leaders of the United Irishmen were influenced by the revolutions which had occurred in America and France.

The Rising in Ireland began on May 24th 1798 in Co Kildare and quickly spread to other areas. In Carlow it was intended that the rebels would seize control of Carlow town by marching on the town from North, South, East and West. The rebels who were led by a Mr Mick Hayden appear to have been poorly armed and trained. Their movements were well known to Lieutenant Colonel Mahon who was in charge at the military barracks in Carlow town. As the United Irishmen entered the town from three of the four directions they met with no resistance and proceeded to the Potato Market in the town centre. What they did not know was that Colonel Mahon had placed his troops at strategic locations and were well hidden around the town.

Having reached the Potato market the United Irishmen felt they had secured an easy victory. It is reported that they were called on to lay down their arms but shots were fired. The rebels, who had been taken completely by surprise, were fired on repeatedly. When they tried to escape it was only to run into well prepared ambushes. The fourth group of rebels, which had been approaching Carlow from the west, decided to retreat on hearing what had occurred in the town.

Over six hundred people died in what has become known as the Battle of Carlow. Most of those who died are buried in Graiguecullen in what is known as the Croppy Grave. Croppy was a nickname given to the rebels because of their closely cropped hair in the fashion of the French revolutionaries.

The 1798 rebellion of the United Irishmen was eventually defeated and large numbers of people lost their lives in many parts of Ireland. William Mc Burney from County Down wrote the ballad of the Croppy Boy about the execution of a young soldier following the Rising:

As I mounted the platform high

My aged father was standing by

My aged father did me deny

And the name he gave me was the croppy boy

The Battle of Carlow took place in the year 1798 On This Day. 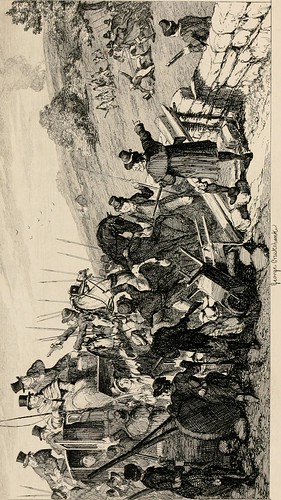 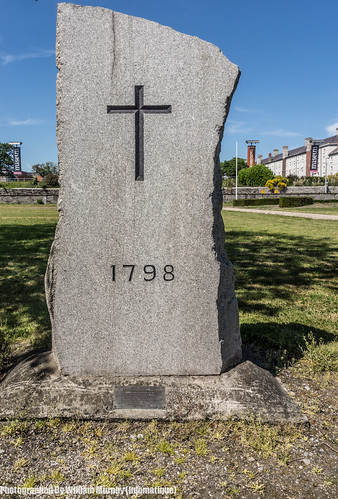 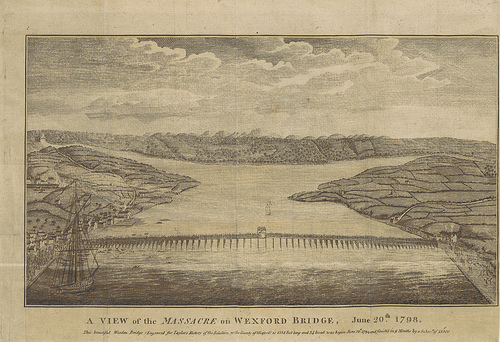