Seven Drunken Nights is a humorous Irish folk song. It was recorded by the Irish folk band The Dubliners and first released on Mach 30th 1967. The song tells the story of a drunken man returning home each night to find evidence that his wife is having an affair. The last two verses were regarded as being too bawdy for broadcast

Seven Drunken Nights had its origins in similar songs from England, Scotland and Europe. The recording by the Dubliners in 1967 reached No.1 in Ireland and No. 7 in the UK charts. It was banned by the BBC. As a result the Dubliners could only sing the first five nights.

Seven Drunken Nights, a humorous folk song recorded by The Dubliners entered the UK charts in the year 1967 On This Day. 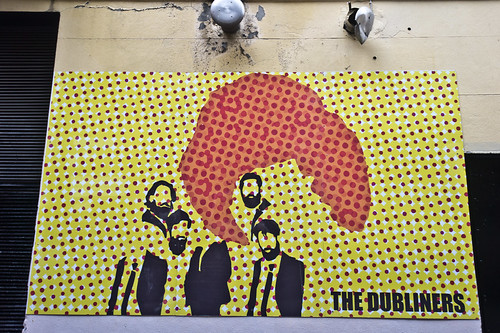 Walter Macken was an author and actor who was a native of Galway City, Ireland. As an actor he performed on stage in Galway, Dublin and on Broadway in New York. He also acted in movies. As an author Macken wrote novels, plays and novels for children.

Walter Macken was born at St Joseph’s Terrace, Galway on May 3rd 1915. At the time of his birth his father was serving with British Army in Belgium during World War I. He was a member of the Connaught Rangers. Macken’s father returned to Galway on leave shortly after the birth of his son. Following his period of leave he returned to Belgium and was killed in action at the battle of St Eloi south of Ypres in 1916.

Having been educated locally, Walter Macken worked for a time as a clerk with Galway County Council. He left the County Council to join the newly established Taibhdhearc na Gaillimhe (Galway Theatre) in 1933. He remained with the Galway Theatre until 1937 when he and his wife moved to London shortly after their marriage. They moved back to Galway at the outbreak of World War II where Macken was appointed director of An Taibhdhearc. He remained in Galway until 1947 at which time he moved to the Abbey Theatre in Dublin.

Macken had begun writing whilst working at An Taibhdhearc. His first big success as a writer came with his third novel Rain on the Wind which was published in 1950. The novel won the Literary Guild award in The United States. Following its success Macken lived near Galway City and was able to concentrate on full time writing. 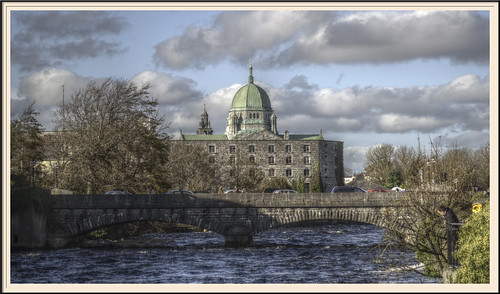 Spellman Park is located in the south of County Carlow, in the foothills of the Blackstairs Mountains in Ireland. It is the location of Kildavin/Clonegal GAA (Gaelic Athletic Association) Club. It is a most picturesque location and is often referred to as the Switzerland of Ireland. The villages of Kildavin and Clonegal are just 4km apart. Clonegal has several tourist attractions including Huntington Castle. The South Leinster Walking Trail begins in Kildavin. The name Spellman became associated with Kildavin/Clonegal through the area’s connection with Cardinal Spellman of New York.

Francis Joseph Spellman was Cardinal Archbishop of New York from 1939 to 1967. His grandmother Ellen Kehoe was a native of Kilbride, Clonegal, Co Carlow. Cardinal Spellman was born in Whitman, Massachusetts, USA on May 4th 1889. Following graduation from Fordham University in New York in 1911 he decided to study for the priesthood. He was ordained in Rome on May 4th 1916. Having served in numerous posts he was appointed Archbishop of New York in 1939. He was created Cardinal in 1946.

Cardinal Spellman visited Clonegal in 1953, met with local people and visited local schools. He also visited Ireland in 1954. He later contributed $2,000 towards the cost of the GAA pitch and the local community hall which were subsequently named in his honour.

Cardinal Francis Joseph Spellman died in the year 1967 On This Day. 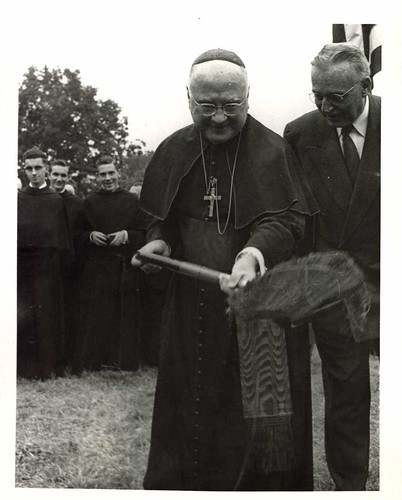 Che Guevara visited the seaside town of Kilkee Co Clare, Ireland on the 13th of March 1965. He was then a Cuban Government Minister and was travelling home to Havana from Prague. He stayed as a guest at the Marine Hotel in Kilkee. It was one of several visits the Argentinian Marxist revolutionary paid to Ireland

Ernesto ‘Che’ Guevara was born in Rosario, Santa Fe, Argentina on June 14th 1928. Guevara Lynch was of Irish and Basque descent. His mother’s ancestors were Lynch’s who had emigrated from Galway to Argentina in the mid 1800’s. As a young medical student, Guevara was deeply affected by the poverty, hunger, and disease which he saw when he travelled by motorbike, with a friend, through many parts South America. His travels were documented in the book ‘The Motorcycle Diaries’.

In 1956 Che Guevara was working in the General Hospital in Mexico City and also as a news photographer for the Latina News Agency. It was at that time that he met Fidel and Raul Castro who were in Mexico preparing to invade Cuba. Che joined Fidel Castro’s guerrilla troops’ efforts to overthrow the Batista government in Cuba.

When Castro took power in 1959, Guevara was appointed a government minister. He was responsible for the institution of many industrial, agricultural and education reforms. However while he was in charge of La Cabana Fortress Prison it is reported that several hundred people were executed on his orders.

Che Guevara left Cuba in 1965 with the intention of spreading revolution in other parts of the world. In 1967, while leading a small band of guerrillas in Bolivia, he was captured and killed by the Bolivian Army in La Higuera, Vallegrande. He was 39 years old. In 1995 his body was exhumed and brought to Cuba where he was buried with full military honours in a specially built mausoleum.

Che Guevara died in Bolivia in the year 1967 On This Day. 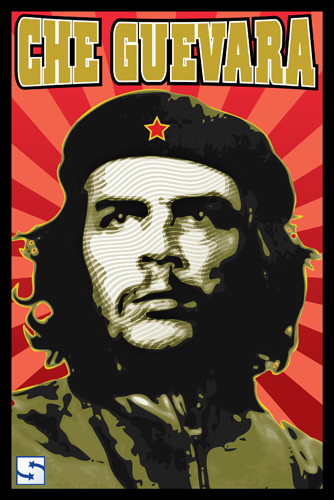 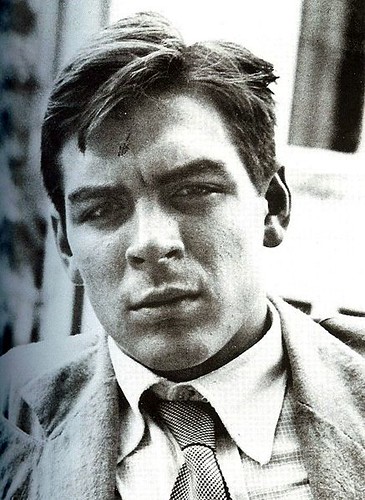 Second level schools in Ireland charged an annual student fee up until 1966. This resulted in a significant proportion of parents not being able to afford send their children to second level schools. As a result a relatively small proportion of children made the transition from primary to secondary education. On September 10th 1966 the Minister for Education Donogh O’Malley announced the introduction of free second level education in Ireland.

One year after the introduction of free second level education Minister O’Malley announced a post-primary school transport scheme. The aim of the scheme was to provide transport for students from rural areas to the nearest second level school. School catchment areas were established and all students who lived more than 4.8km from their school were eligible to avail of school transport. The School Transport scheme has undergone major changes since its introduction. Today, through the scheme, roughly 115,000 students are transported to and from secondary school each school day.

The scheme to provide free school transport for post-primary students in Ireland was first introduced in the year 1967 On This Day. 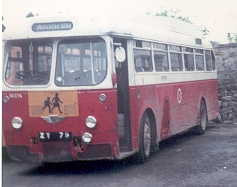 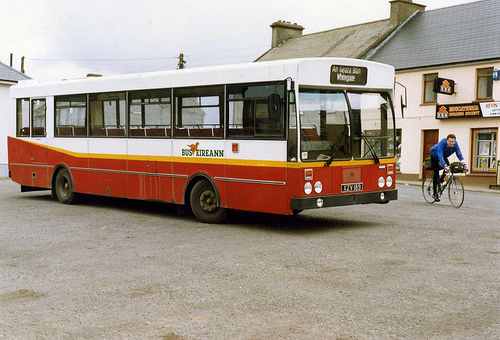