Shergar was one of the most famous and successful racehorses of his time. He was foaled in Co Kildare, Ireland on March 3rd 1978. He was owned by Prince Karim Aga Khan IV, the spiritual leader of Ismaili Muslims. Shergar was kidnapped from his stable on The Curragh in 1983, never to be seen again.

Shergar was a big horse with a white blaze and four white ‘socks’. During a short racing career his major wins included the Guardian Classic Trial (1981), the Chester Vase (1981), the Epsom Derby (1981), the Irish Derby (1981) and the King George VI & Queen Elizabeth Stakes (1981). His win in the Epsom Derby was by a record 10 lengths. Shergar was named European Horse of the year in 1981. In October 1981 he was retired to the Ballymany Stud, near The Curragh in County Kildare.

In February 1983 just over a year after his retirement from racing, Shergar was kidnapped by a gang of armed men believed to members of the terrorist group, the IRA. A ransom demand of £2 million was reported to have been made for the safe return of the horse. The kidnapping caused huge media attention. A widespread search was carried out by police across Ireland but no trace of Shergar was ever found. It is believed that he was killed by his captors a few days after he was stolen from Ballymany Stud.

During his brief racing career Shergar won £436,000 for his owner. The Shergar, Cup which was inaugurated in his honour at Goodwood Racecourse in 1999, has been held at Ascot since 2000. In 1999 the kidnapping of Shergar was made into a Hollywood film starring Mickey Rourke.

Shergar was kidnapped from Ballymany Stud in the year 1983 On This Day. 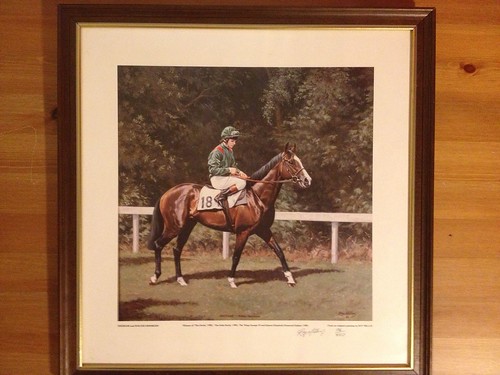 The town of Bagenalstown on the River Barrow in Co Carlow Ireland has a population of around 3,000. Second level education for students in the town and its environs is provided by the Presentation de la Salle College and Bagenalstown Vocational School. They are both co-educational schools.

Three Presentation Sisters from convents in Carlow town and Portlaoise (then Maryborough) established a convent on Regent Street in Bagenalstown on August 4th 1838. They opened a school for girls the following September. A secondary school was opened in 1900 which was to provide education for girls for the following eighty three years.

The Christian Brothers began teaching in St Brigid’s National School in Bagenalstown in 1870. The Brothers were asked to establish a second level school but were not in a position to do so at that time. In 1893 a decision was made to establish a secondary school for boys. It was initially called The Classical and Intermediate School. It was renamed “St. Joseph’s Academy” in 1896 and was staffed by brothers from the De La Salle order in Waterford.

During the 1970’s the idea of amalgamating the three second level schools in Bagenalstown to form a Community school was discussed. It was eventually decided however, that only St Joseph’s Academy and the Sacred Heart School would amalgamate. A new School building was constructed on a green-field site close to the town on the Royal Oak Road. When it opened in 1983 the last Principal of St Joseph’s, Brother Damien Kellegher, was the first Principal of the new college. Mr Edward Twohill was appointed as Deputy Principal.

The Presentation De La Salle College Bagenalstown, Co Carlow was opened in the year 1983 On This Day. 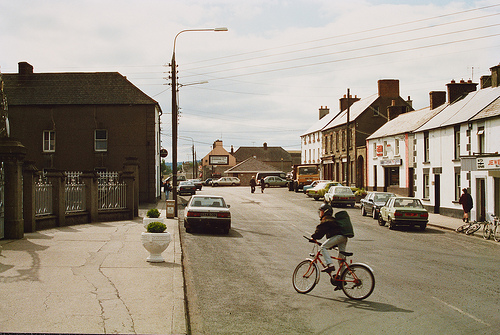 Sally Kristen Ride was born on May 26th 1951 in Los Angeles, California. She graduated with a Ph.D. in physics from Stanford University in 1978. In 1977 NASA began looking for women astronauts. Ride decided to apply and was one of six women chosen. Following a rigorous training programme she became the first American woman to travel into space on June 18th 1983. The first woman in space was Valentina Tereshkova of the Soviet Union in 1963.

The mission on the Space Shuttle Challenger travelled over two million miles. Two communication satellites were launched and several science experiments carried out. Ride helped to deploy the satellites. The mission lasted just over six days before landing safely at Edwards Air Force Base, California.

Sally Ride, the first American female astronaut, returned to earth aboard the Space Shuttle Challenger in the year 1983 On This Day. 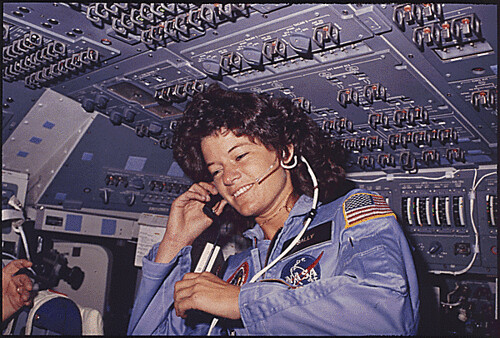 Pioneer 10 is an American interplanetary space probe. It was launched from Cape Canaveral in Florida on March 2nd 1972. It is the first space probe in history to travel further than Jupiter, the most distant planet from the sun. Pioneer 10 has led the way in the exploration of deep space. The project is conducted by NASA (National Aeronautics and Space Administration).

Initially flying at a speed of 51,800kph, Pioneer 10 was the first to fly beyond the planet Mars, the first pass Jupiter and the first to leave our solar system. For almost thirty years the spacecraft continued to send data back to earth. The last data was returned on April 27th 2002.

The last signal from Pioneer 10 was detected on January 23rd 2003. The spacecraft had by then travelled 12 billion km from earth. Pioneer 10, as far as we know, still travels on in deep space.

Pioneer 10 became the first spacecraft in history to leave our solar system and enter deep space, when it crossed the orbit of Neptune in the year 1983 On This Day. 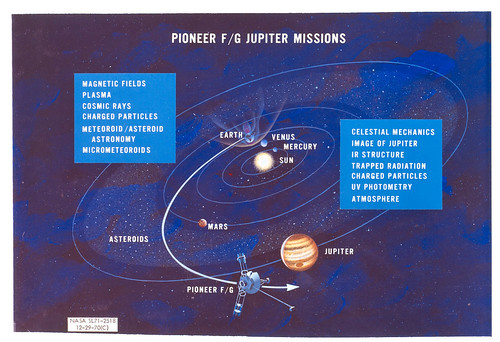 At 4.40 am the theft of Shergar was reported to the Gardaí and a nationwide search began in 1983 On This Day 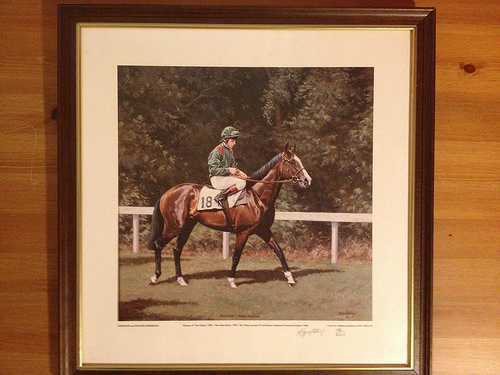