The Dublin Light Rail System is known as the Luas. There are two main lines the Green Line and the Red Line. Both lines have been extended since they were first opened. It is reported that the lines carried over 30 million passengers in 2013. The Red Line from Tallaght to Dublin city centre opened in the year 2004 On This Day 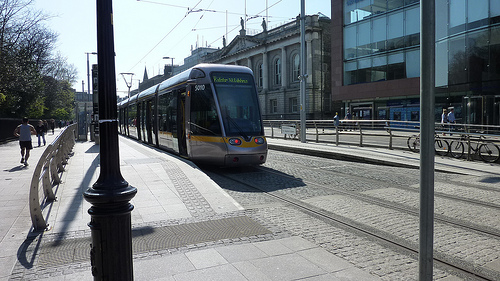