Noel and Liam Gallagher of the rock band Oasis were born in Manchester to Peggy Gallagher (neé Sweeney) from Swinford Co Mayo and Thomas Gallagher of Duleek Co Meath. Noel and Liam have one older brother, Paul. Oasis, which was active from 1991 to 2009, holds the Guinness World Record as the most successful band in the UK from 1995 to 2005. It won numerous awards and was nominated for three Grammy Awards.

Noel Thomas David Gallagher was born in Manchester, England in 1967. He was interested in music from an early age and began learning to play the guitar at the age of 13. Having left school early, Noel worked with his father for a time before taking a job with a gas company. He had an accident while working for the gas company and during his recuperation he began writing songs.

In 1991 at the age of twenty four Noel Gallagher joined a band called The Rain which his brother Liam had established. He began writing songs for the band, the name of which was eventually changed to Oasis. Oasis had its first number 1 hit with ‘Some Might Say’ in 1995. Several other hits were to follow including ‘Wonderwall’ before Noel left the Oasis in 2009. Oasis then changed its name to Beady Eye.

Noel Gallagher began his solo career when he played at a concert in the Royal Albert Hall in London in 2010 for Teenager Cancer Trust. In 2011 he released his solo debut ‘Noel Gallagher’s High Flying Birds’. He continues to perform but indicated in early 2015 that within the next ten years he was considering retiring from live performances.

Noel Gallagher of the rock band Oasis, was born in Manchester, England in the year 1967 On This Day. 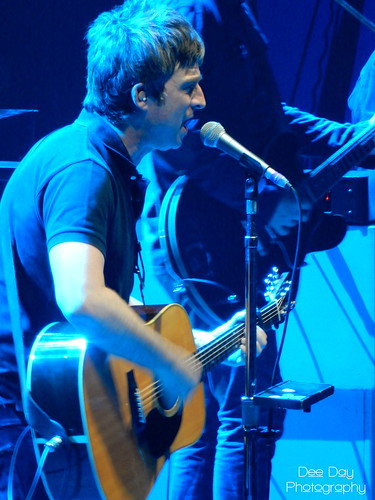