The Killeshin Pipe Band is based in the village of Killeshin about 5km west of Carlow town, Ireland. Highly regarded and called upon for numerous events the band plays tunes such as Itchy Fingers, Highland Cathedral, Hungarian Fiddler, Kerry Polka and Sweeney Polka.

What is known locally as May Sunday takes place each year on the first Sunday after May 3rd . One of the events of the day is a sodality procession from Graiguecullen to Killeshin. This procession was traditionally led by a pipe band. In 1964 the invited band failed to turn up for the event. Following this locals decided to establish their own band. A committee was established and set about fundraising, acquiring instruments and uniforms. A training programme for band members in playing pipes and drums was instituted.

Since its formation Killeshin Pipe Band has performed at venues at home and overseas. Together with its annual performance on May Sunday and numerous other functions locally, the band performs at St Patrick’s Day Parades in Carlow town and surrounding venues. The band has also played at events in England in cities such as Birmingham and London. It has also performed at venues in France and the USA.

The Killeshin Pipe Band was founded when a parish meeting was called to form a band in the year 1964 On This Day. Actor Christopher Reeve is probably best remembered for his portrayal of comic book hero Superman. He was also a film producer and director. In May 1995 Reeve became a quadriplegic following a fall from his horse. He had to use a wheelchair for the rest of his life.

Following his riding accident Reeves became a paraplegic and needed a respirator to assist his breathing. Following rehabilitation he continued to work in the film industry. He acted in the Rear Window (1998) and also directed films for television. He founded the Christopher Reeve Foundation and lobbied on behalf of people with spinal-cord injuries. He died suddenly at the age of 44, while directing a movie, on October 10th 2004.

Christopher Reeve fell from his horse and was paralysed from the neck downwards whilst taking part in a riding competition in the year 1995 On This Day. 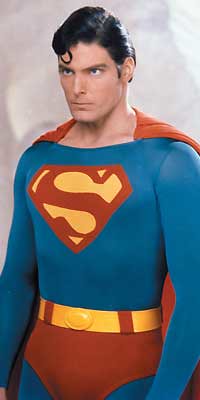 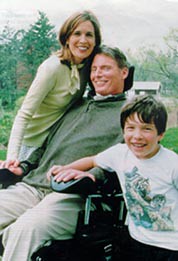 Aer Lingus, the Irish airline, was founded on April 15th 1936. The name ‘Aer Lingus Éireann’ was proposed by Richard F O’Connor of Clydaville, Mallow, Co. Cork. He was an aviation enthusiast and Cork County Engineer (Surveyor). He promoted the idea of establishing a national airline as had already happened in all other European Countries with the exception at the time, it is said, of Ireland and Bulgaria. This was despite the fact that the first non-stop transatlantic flight from America by Alcock and Browne had landed near Clifden, Co Galway in 1919. Also, the first non-stop flight to America had taken off from Baldonnel near Dublin in 1928.

The new airline was registered on May 22nd 1936 and five days later made its first flight from Dublin to Bristol. The first aircraft used by Aer Lingus was a six-seater De Havilland Dragon which was named ‘Iolar’ (Irish for Eagle). Over the following years Aer Lingus expanded its services with flights to London, Liverpool and the Isle of Man. The outbreak of World War II interrupted the development of the airline. However after the war and with the advent of better aircraft the airline resumed flights to destinations in England. As time went on Aer Lingus began flying to continental Europe with flights to Brussels and Amsterdam. The Aer Lingus transatlantic service was inaugurated with a flight to New York in April 1958.

Today Aer Lingus with a fleet size of 46 aircraft flies to 82 destinations. It carries over 10 million passengers to Ireland, the United Kingdom, Continental Europe and the USA. The airline has made a huge contribution to Irish life. Throughout its history it has provided access to destinations abroad for the people of Ireland and played a large part in the development of tourism and trade in Ireland. On September 2nd 2015 the International Airlines Group assumed control of Aer Lingus.

Aer Lingus made its maiden flight across the Irish Sea when it carried five passengers from Baldonnel Aerodrome in Dublin to Bristol (Whitchurch airfield) in England in the ‘Iolar’ in the year 1936 On This Day. 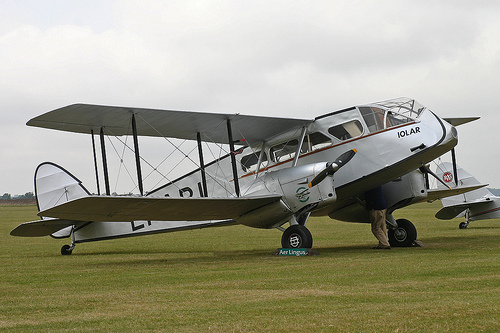 On the Dublin Road in Tullow, Co Carlow, Ireland there is a monument to Thomas Traynor. Traynor was a member of the garrison at Boland’s Mills during the Easter rising of 1916. He was imprisoned following the Rising. Following his release from prison Traynor played an active part in the Irish War of Independence

Thomas Traynor was born in in Cannon’s Quarter, Tullow in 1881. He was a boot maker by trade. He moved to Dublin from Carlow in 1916. Traynor was interned at Frongoch in Wales for his role in the Easter Rising of 1916. He was later imprisoned at the maximum security Wakefield Prison, West Yorkshire, England. In common with most of those interned and who had not received a prison sentence, Traynor was released in late December 1916 and returned to Dublin.

Following his return to Dublin Traynor took part in the war of independence. He was captured during a shoot-out with police and auxiliaries on March 24th 1921. At the time he was keeping watch outside 144 Brunswick Street (now Pearse Street), Dublin, where a meeting of volunteers was being held. Two members of the Dublin Metropolitan Police, Constable James O’Farrell and Cadet Bernard Beard together with volunteer Leo Hogan died in the fighting.

Thomas Traynor was taken prisoner. He was put on trial, found guilty of murder and was sentenced to be hanged. At the time Traynor was the father of ten children ranging in age from 18 years down to five months. He was hanged in Mountjoy Jail on April 25th 1921.

The day after Thomas Traynor was hanged a District Inspector in the Royal Irish Constabulary (RIC) in Tipperary, called Gilbert Potter, was shot dead in reprisal. In later years it emerged that a son of Thomas Traynor and a son of Gilbert Potter were commanders of destroyers in the same flotilla during World War II in the Far East. The monument to Thomas Traynor in Tullow was unveiled by his eldest son Frank Traynor on August 15th 1965.

Thomas Traynor was born in Tullow Co Carlow in the year 1881 On This Day. 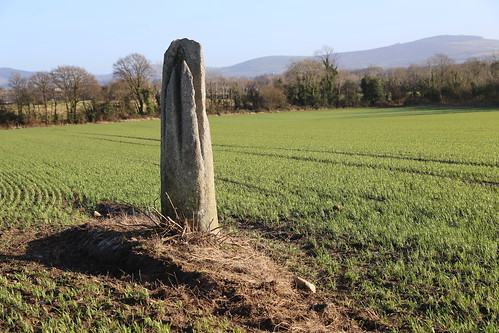 Ernie O’Malley was born Ernest Bernard Malley at Ellison Street, Castlebar in 1897. O’Malley’s family moved to Dublin when he was nine years old. He was educated at O’Connell’s CBS before entering University College Dublin to study medicine. While his brother Frank joined the Royal Dublin Fusiliers to fight in World War 1, Ernie took the side of the rebels during the 1916 Easter Rising in Dublin.

After the Rising O’Malley left UCD and went on to play a leading role in the War of Independence. When captured in Kilkenny in 1920 he was taken to Dublin Castle and interrogated. He was later sent to Kilmainham Jail from where he escaped with the assistance of a sympathetic British soldier.

O’Malley surrendered the Four Courts and escaped, eventually making his way to Carlow. He was captured on November 4th 1922 and imprisoned in Mountjoy Jail. Following the end of the Civil War and his eventual release from prison O’Malley went on an extended holiday in Europe before returning to UCD in 1926. He left before graduation and went to the USA where he helped raise funds to establish the Irish Press newspaper.

O’Malley spent much of the rest of his life involved in travelling, journalism and the compilation of the O’Malley Notebooks. The notebooks were his record of interviews with former colleagues of their experiences during the conflict. He wrote three books which were acclaimed by the critics and contemporary writers. His first book, ‘On Another man’s Wound’, which was published in 1936 was a commercial success. His two other books, The Singing Flame and Raids and Rallies were published posthumously.

Ernie O’Malley died at the age of 59 on March 25th 1957 and was given a state funeral. On the Mall in Castlebar, he is commemorated by a sculpture of Manannán mac Lir a mythical figure of Mayo.

Ernie O’Malley was born in Castlebar, Co Mayo in the year 1897 On This Day. 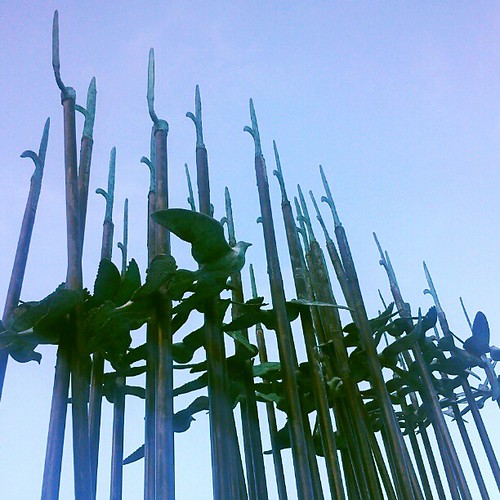