Aubrey Cecil White from Gowran Co Kilkenny, Ireland was killed on the first morning of the battle of the Somme in 1916 during World War 1. Over 19,000 soldiers of the British Army, thousands of whom were Irish, died that first morning.

Aubrey Cecil White was born at Gowran House in the village of Gowran on March 24th 1896. His father, Richard, was an agent for the Annaly Estate. At the age of nine in 1905 Aubrey was sent to school Castle Park in Dalkey Co Dublin. He left Castle Park in 1911 and went to Trent College in Nottingham. Three years later in 1914 he joined the 8th Battalion, York and Lancaster Regiment.

In 1915, White having been commissioned as a 2nd Lieutenant was sent with his battalion to France. By May 1916 the battalion were stationed in the trenches near the river Somme in Northern France. For almost a week before the battle began the German lines had been bombarded by French and British artillery. In the event the bombardment had little effect as the attacking armies were to find out to their cost.

The Battalion diary (WO 95/2188NA) for the day of the attack reads: ‘The attack was timed for 7.30am. The first wave left our trenches in perfect order and to time, and was at once met by exceptionally heavy fire from front and both flanks. Most of the men were killed or wounded. The Battalion as it went over numbered 680 non-commissioned officers and men and 23 officers; of the former only 68 returned. All the officers were casualties, eighteen being killed and five wounded’

Aubrey Cecil White was one of those killed in action. He was only 20 years old. He is buried in Lonsdale Cemetery, Authuille Somme, France. He is commemorated in Gowran Church and in St Canice’s Cathedral in Kilkenny. 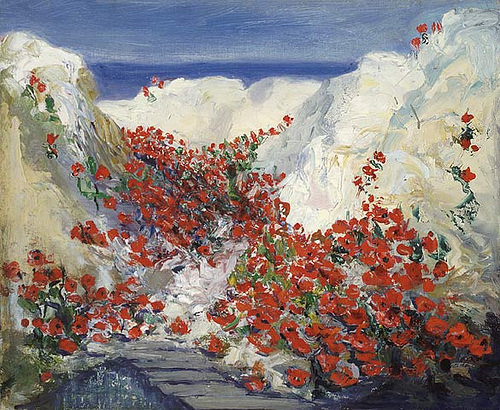