Charles Lucas, whose actions were the first to result in the award of the Victoria Cross, was a native of Poyntzpass, Co Armagh. He was given the award for his gallantry during the Crimean War in 1854. Lucas was 20 years old at the time at the time of the award. The Victoria Cross is awarded for ‘most conspicuous bravery, or some daring or pre-eminent act of valour or self-sacrifice, or extreme devotion to duty in the presence of the enemy’.

Charles David Lucas was born near Poyntzpass, County Armagh on February 19th 1834. He joined the Royal Navy at the age of thirteen. Lucas was serving on board HMS Hecla in the Baltic Sea on June 21st 1854. The ship was part of the allied force attacking Russia during the Crimean War. A fort on the Áland Islands of the coast of Finland was being bombarded by the allies when a live shell landed on the deck of the Hecla. An order was given that everyone lie flat on deck. Lucas however picked up the live shell while the fuse was still burning and threw it overboard saving crew members from injury or death.

Charles Lucas was immediately promoted to the rank of lieutenant and was invested with the Victoria Cross on June 26th 1857 in Hyde Park, London by Queen Victoria. He continued to serve in the British Navy eventually rising to the rank of rear admiral. Following his retirement from the navy Lucas served for time as a justice of the peace. He died in 1914 and is buried at St Lawrence Church, Mereworth, Maidstone, Kent, England

The Victoria Cross which was awarded to Charles Lucas was given on loan to the National Museum of Ireland by the National Maritime Museum of Greenwich, England in 2007. The award was included in an exhibition called ‘Soldiers and Chiefs – The Irish at War at Home and Abroad from 1550’.

Charles Lucas whose act of bravery led to the Victoria Cross being awarded for the first time in history, died at the age of 80 in the year 1914 On This Day. 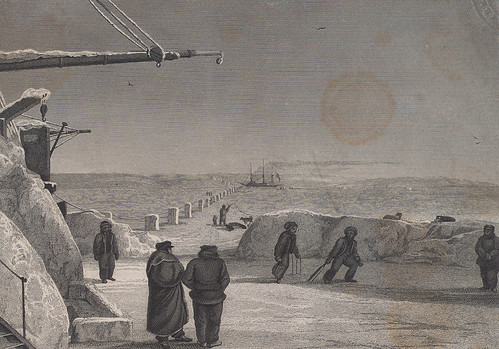