Brian Keenan, writer and former Beirut captive, visited Carlow, Ireland during events organised by Carlow Town Hall Performing Arts Centre on September 21st 2001. He had been freed from captivity ten years earlier. At St Patricks College in Carlow he talked about his books, of the time he spent in captivity in Beirut and the impact the event had on his life.

Brian Keenan was born in Belfast on September 28th 1950. He was educated at Orangefield School in east Belfast where people such as Gerald Dawe Poet & Professor in English at TCD, David Ervine Politician and leader of the Progressive Unionist Party and singer-songwriter and musician Van Morrison were also educated. After school he worked for a time before entering the University of Ulster in Coleraine to study literature. He later did postgraduate studies at Magee College.

In late 1985 Brian Keenan accepted a teaching position at the American University of Beirut in the Lebanon. Just over four months later, on April 11th 1986, he was taken captive by Islamic Jihad. He was held in solitary confinement for two months. Journalist John McCarthy went to Beirut to cover the story of the kidnapping of Keenan. He was also taken hostage and Keenan was moved to his cell.

Brian Keenan was held prisoner for four and half years. During that time he was blindfolded, frequently beaten and half starved. His was held in chains and lived with the possibility of being killed. With John McCarthy he was moved on several occasions, usually in the boot of a car, to locations in Beirut and Sidon.

As Brian Kennan was the holder of an Irish passport the Irish government made several efforts to have him released. Representations were made to the Iranian Government in particular as the group holding Keenan was said to be supported by Iran. After suffering four and half years being detained in horrific circumstances Brian Keenan was eventually released from captivity. He was handed over to Syrian military forces and driven to the Syrian capital, Damascus. He was met there by his sisters who had carried out a campaign during his captivity for his release. The Keenan’s were flown back to Ireland in an Irish Government jet.

Brian Keenan CBE was released from captivity in Beirut in the year 1990 On This Day. 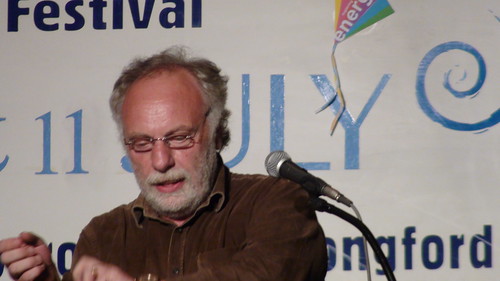