Monsignor Hugh O’Flaherty was a native of Co Cork, Ireland. He was responsible for saving over 6,500 Jews and Allied soldiers from the Nazi’s in Rome during World War II. As a result he became known as the ‘The Scarlet Pimpernel of the Vatican’. There is a monument to Monsignor O’Flaherty at the junction of Beech Road and Mission Road in the town of Killarney, Co Kerry. The 2 metre bronze statue was unveiled there in 2013, on the 50th anniversary of his death.

Hugh O’Flaherty was born at Lisrobin, Kiskeam, Co Cork but grew up in Killarney Co Kerry. He was educated at Mungret College, Co Limerick and moved to Rome in 1922 to study for the priesthood. He was ordained on December 20th 1925. While studying for his doctorate he served as vice rector of the Urban College in Rome. In 1927 he was appointed Vatican diplomat to Egypt. During the following four years he served as diplomat in various countries and was appointed Monsignor in 1934.

Monsignor O’Flaherty, whose father was the steward at Killarney golf course, was an excellent golfer and became amateur golf champion of Italy. Many of those with whom he played golf were at risk when the Nazi’s occupied Rome on September 10th 1943. The Vatican City, an independent state, was not occupied. With the co-operation of Pope Pius XII he began smuggling and hiding refugees. He also organised an escape operation for Jews and for Allied soldiers who had escaped following the surrender of the Italian government. He organised a network of houses and apartments in Rome where the Allied soldiers and Jews could hide. He was assisted by several people including the famous ballad singer, Delia Murphy, from Claremorris Co Mayo whose husband was the Irish Ambassador to Rome.

O’Flaherty defied the best efforts of the Gestapo to capture him by using various disguises and fake documents when he travelled outside the Vatican. However he had several narrow escapes and came close to being captured on many occasions. The head of the Gestapo in Rome, Lieutenant Colonel Herbert Kappler had a white line painted on the road at the entrance to St. Peter’s Square. He ordered that O’Flaherty be killed if he crossed the line and offered a bounty for his capture.

When World War II came to an end Kappler was captured and imprisoned. O’Flaherty visited him regularly in prison and eventually presided over his conversion to Catholicism. O’Flaherty was the recipient of numerous awards including, Commander of the British Empire (CBE) and the US Congressional Medal of Freedom. In 2003 a tree was planted in his honour at Yad Vashem in Jerusalem, Israel’s official memorial to the victims of the Holocaust. He was also named ‘Righteous Among Nations’. A film, starring Gregory Peck was made in 1983 which outlined the exploits of Monsignor O’Flaherty in Rome during World War II.

Monsignor O’Flaherty retired to Cahirciveen, Co Kerry in 1960 where he died at the age of 65 in the year 1963 On This Day. 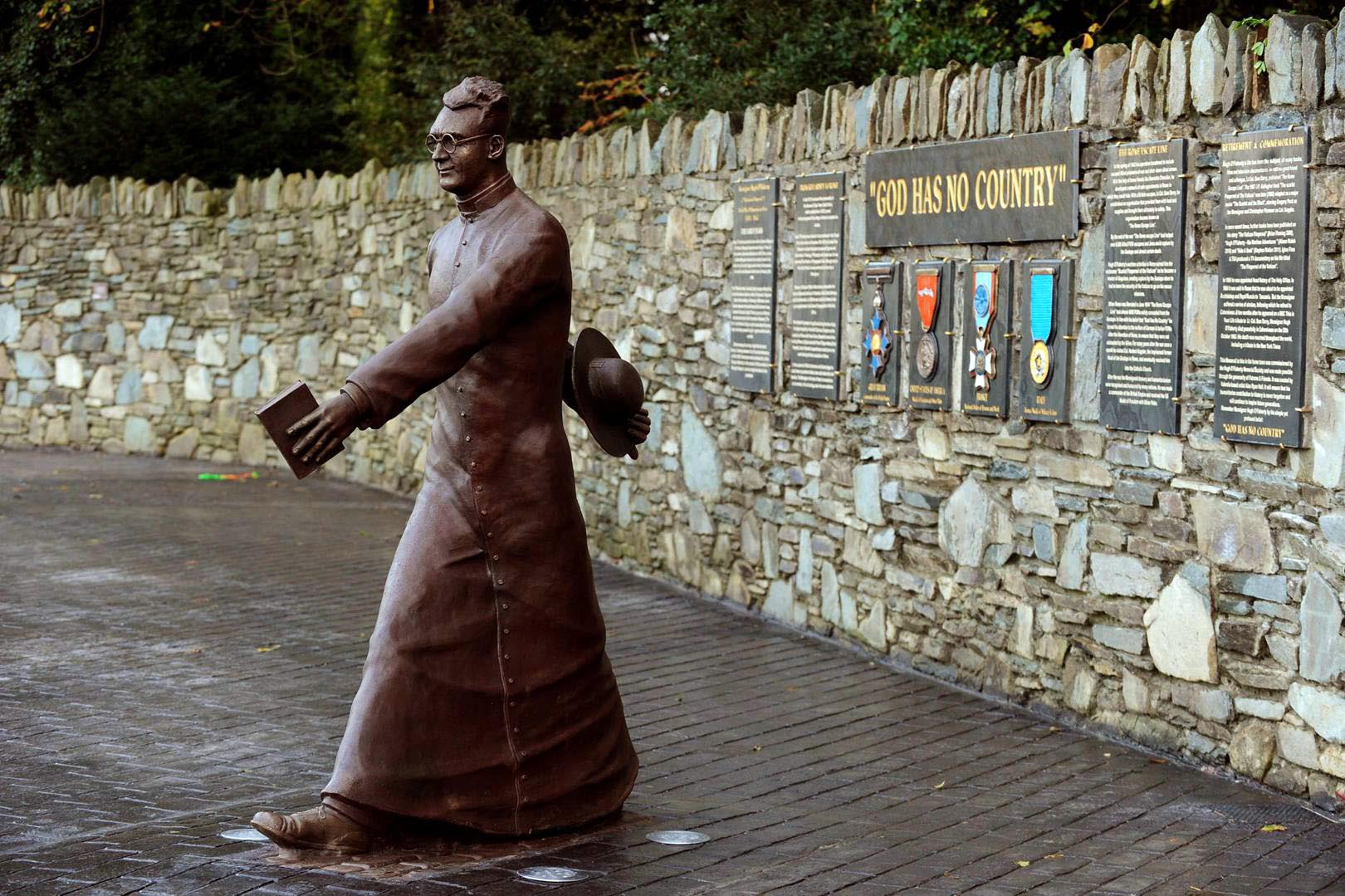