Michael Collins is a former Astronaut who in 1969 was the Command Module pilot of Apollo 11 for the first moon landing. While Neil Armstrong and Buzz Aldrin walked on the moon Collins kept the Command Module in orbit around the moon. He is one of 24 people who have flown to the moon.

Michael Collins was born in Rome, Italy in 1930 where his father, a US Army Major General was stationed. Having served as an Air Force pilot he was chosen to train as an astronaut in 1963. He made his first space flight in 1966. With Neil Armstrong and Edwin ‘Buzz’ Aldrin, Collins was launched into space to begin their journey to the Moon on July 16th 1969.

Following a 384,700km trip lasting four days, a record TV audience of over 520 million watched as the Lunar Module landed on the moon’s surface. In addition giant screens were erected in places such as Central Park in New York City where large crowds watched the event. Collins continued to orbit the moon while the other two astronauts spent two and a half hours collecting samples conducting experiments and taking photographs on the lunar surface. They returned safely to earth four days later.

Michael Collins, the Command Module pilot for the 1969 moon landing, was born in the year 1930 On This Day. 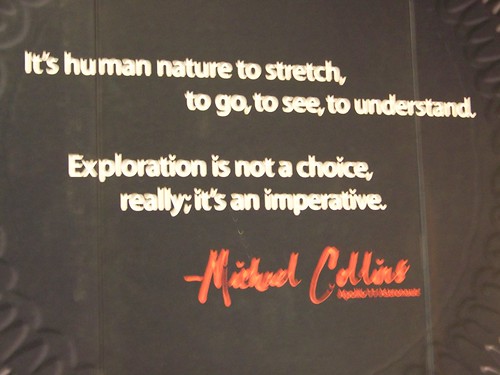