Paddy Dowling of Linkardstown, Tinryland County Carlow and William F. Roe of 25 Patrick Street Kilkenny, were among the first eleven employees of the ESB (Electricity Supply Board). They both played a leading role in the development of the ESB and in the rural electrification scheme in Ireland. The ESB is an electricity company operating in Ireland. The company which is 95% state owned was established in Ireland under Electricity Supply Act of 1927. It was one of the first major industrial undertakings of the newly established Irish state. Its purpose was take charge of existing electrical schemes in Ireland and take responsibility for Shannon Hydro-Electric Scheme then under construction.

When the Shannon Scheme was completed it supplied electricity to the cities and larger towns in Ireland. Smaller villages and rural areas were not connected to the grid. The rural electrification scheme commenced on November 5th 1946 at Killsallagahan in County Dublin. The scheme was led by William Roe and Paddy Dowling. Electricity was gradually brought to all parts of the country until 2003 when the islands of Inishturbot and Inishturk off the west coast were finally connected to the national grid.

Both Paddy Dowling and William Roe have been the recipients of several awards. A plaque commemorating the contribution of Paddy Dowling to the rural electrification scheme in Ireland was erected in his home village of Tinryland. A similar plaque commemorating the contribution of William Roe was erected at his birthplace in Patrick Street, Kilkenny City.

Paddy Dowling was awarded the ‘Carlow Person of the 20th Century’ by Carlow Historical & Archaeological Society in the year 1999 On This Day. 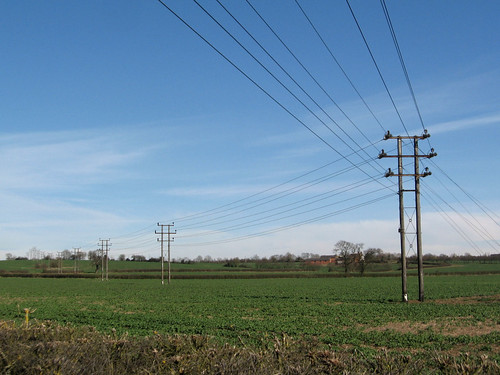