The Window Tax, considered to be a forerunner of the Property Tax, was in force in Ireland from 1799 to 1851. The tax applied to any house with more than six windows. As a result houses were built with as few windows as possible.

Some houses and buildings from the period can be seen to have bricked-up window-spaces to avoid the tax. The Bank of Ireland building on College Green is a good example of a building where space was left for windows which were never glazed. The Window Tax which was introduced in Ireland in 1799 was already in place in England and Wales for 104 years.

The Window Tax was introduced in England and Wales in the year 1696 On This Day. 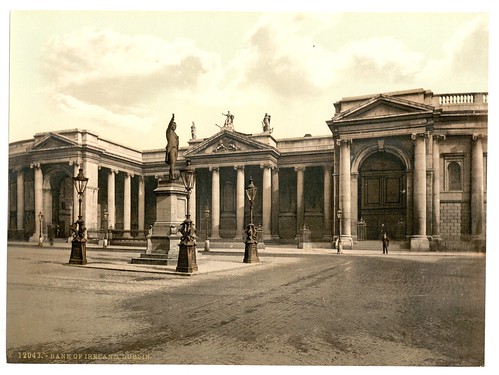 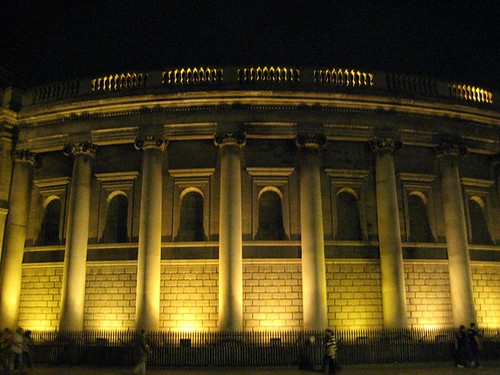 Bank of Ireland at night