J R R Tolkien was a writer, scholar and philologist. He is best known as the author of The Lord of the Rings, The Hobbit and The Silmarillion. Together with being an internationally renowned fantasy writer he also served as Professor of Old English at Oxford University, England. Having sold more than 100 million copies, The Lord of the Rings trilogy is the best-selling fiction book of all time. The trilogy, together with other writings by Tolkien, has been adapted into award-winning films.

John Ronald Reuel Tolkien was born in Bloemfontein in the Orange Free State, South Africa in 1892. His father, who was a banker, died when Tolkien was just four years old. Tolkien’s mother then took him and his younger brother to live in England near the city of Birmingham. Tolkien’s mother died in 1904. She assigned the guardianship of her sons to Fr. Francis Xavier Morgan, a close friend who helped rear and educate the boys.

Following second level education Tolkien studied linguistics Exeter College, Oxford and was awarded an honours BA Degree in 1915. He served in France during World War I. He was released from duty due to illness and returned to England in November 1916. After the war Tolkien was employed for a time at the Oxford English Dictionary before becoming Associate Professor of English Language at Leeds University in 1920. He was appointed to the post of Professor of Old English at Oxford a few year later. Tolkien’s friend and colleague, author C S Lewis from Belfast, also worked in the English department of Oxford University. They were both members a literary group known as the ‘Inklings’.

In 1949 Tolkien was appointed external examiner at the English Department at University College Galway. He held the post until the mid-fifties and frequently visited the Burren district in Co Clare. The Burren, a karst landscape, is unusual. Among the many features of this district is a cave called Poll na Gollum. It is generally accepted that the landscape of the Burren had an influence on some of the writings of Tolkien. He died aged 81 at his home in Bournemouth, England on September 2nd 1973.

J R R Tolkien was born in Bloemfontein in the Orange Free State, South Africa in the year 1892 0n This Day. 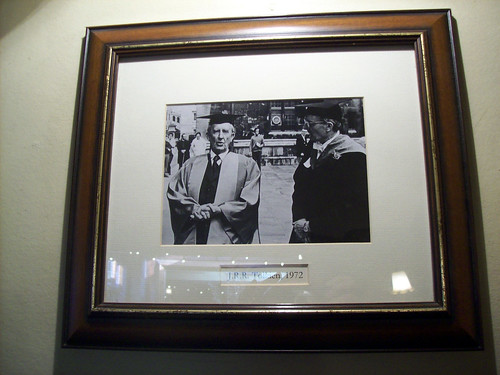 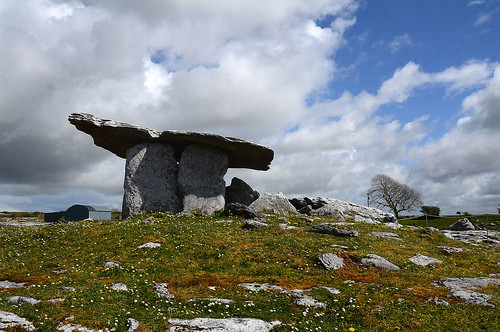