The National Ploughing Championships is held annually at various locations around Ireland in September. From small beginnings the Championships is now one of the largest outdoor events in the world. In recent years the event has attracted around 280,000 visitors and over 1,000 exhibitors. It is held on upwards of 600 acres and costs over €3.5 million to organise.

The National Ploughing Championships has come a long way since the event was first held near Athy, County Kildare in 1931. At that first event, the competition was held on a 26 acre field belonging to Mr W.K. Hosie at Coursetown, Athy. There were 40 entries from nine counties and it cost just over £9 to organise. During its history the National Ploughing Championships has grown year on year and has become much more than just an inter-county ploughing competition.

On successive years the National Ploughing Championships have been held at venues all over Ireland. The first tractor ploughing class was introduced when it was held at Cloghran in County Dublin in 1942. The growth of mechanisation in farming brought an end ploughing by horse traction and the last competition for horses was held in Wexford in 1951.

During the 1980’s the event began to attract a more diverse visitor base and numbers attending grew rapidly. Trakway for internal site roadways was introduced and the event was extended to three days. New attractions such as a Fashion Show and Shopping & Business Arcades were introduced. Today the event caters for just about every member of the community with attractions which include a Tented Trade Village, a Food Fair, Craft Village, Livestock show, Forestry, Education, Motor Show, Financial Services, Competitions and Demonstrations, Outdoor Radio Broadcasts and visits by celebrities.

Down through the years the National Ploughing Championships has played a significant role in the promotion and development of Irish agriculture. In the process the event has had major impact on many aspects of Irish life.

The National Ploughing Association began when the first inter-county ploughing contest took place at Coursetown Athy, County Kildare in the year 1931 On This Day. 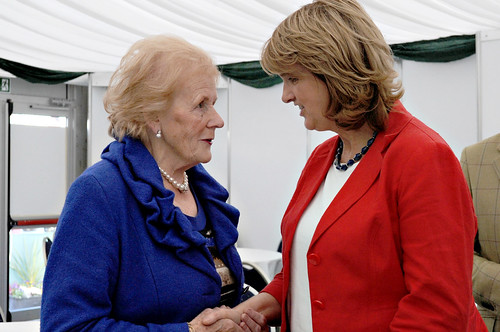