Frank O’Connor was a playwright, novelist and short-story writer who was a native of Cork city Ireland. He was the author of over 150 works and is best known for his short stories. The international literary award, ‘The Frank O’Connor International Short Story Award’ is named in his honour.

Frank O’Connor was born Michael Francis O’Donovan in Cork city on September 17th 1903. Raised in difficult circumstances, O’Connor was educated at the North Monastery Christian Brothers School. He served in combat during the Irish War of Independence and was imprisoned for his activities during the Irish Civil War. Following the war O’Connor worked as a librarian and a teacher.

Real life incidents were the basis for several writings by O’Connor. ‘Guests of the Nation’, one of his first short stories, was published in 1931. It is based on his experiences during the War of Independence. O’Connor also did a number of translations, including Merriman’s Cúirt an Mheán Oíche (The Midnight Court) which was banned by the censor.

During the 1930’s O’Connor served as director of the Abbey Theatre and was a broadcaster for the Ministry of Information in Britain during World War 11. His work was popular in America and during the 1950’s he worked at several American universities. 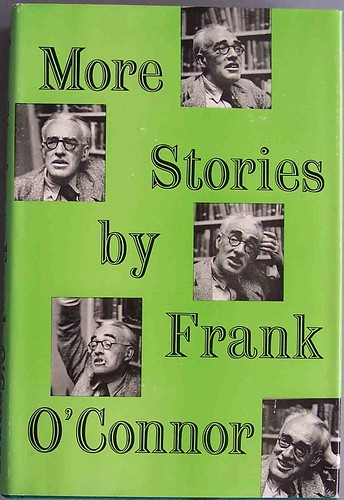