James Butler of Kilkenny Castle, the 1st Duke of Ormonde, founded the Royal Hospital in Dublin. Field Marshall Sir Garnet Joseph Wolseley of the Wolseley family of Mount Wolseley in Tullow County Carlow was one of the last masters of the hospital. The Royal Hospital is located in Kilmainham on the western side of Dublin City.

In 1679 Arthur Forbes, 1st Earl of Granard and Marshal of the Garrisons of Ireland, had visited Paris. While he was there he had seen the newly-completed Hotel des Invalides. He proposed that a similar military hospital should be built in Dublin. King Charles II of Engalnd granted Ormonde, his Lord Lieutenant in Ireland, a charter to build the hospital on a 64 acre site which was then part of the Phoenix Park. Ormonde was Viceroy to King Charles II and had been appointed Lord Lieutenant of Ireland on November 4th 1661.

The State Surveyor General William Robinson was appointed as architect and building began in 1680. Robinson was also the architect for Marsh’s Library in Dublin and Charles Fort in Kinsale, County Cork. The building is constructed around a central courtyard. Around the courtyard are arcaded walks which correspond to corridors above. The building, which predates the Royal Hospital, Clelsea, London by two years, was completed in 1684. It remained in use as an old soldiers’ home for almost 250 years until 1927.

The Royal Hospital accommodated around 250 people and its primary role was as a residence for the care of invalid soldiers and veterans. However by 1850 the Master of the Royal Hospital was also the Commander-in Chief of the Army in Ireland. Queen Victoria visited the Hospital on two occasions.

The Royal Hospital was used as Garda headquarters from 1930 to 1950 and then for several years as a place of storage by the National Museum. The building fell into decline but was restored by the Government and reopened on its 300th anniversary in 1984. Today it is the home of the Irish Museum of Modern Art and is a popular location for concerts. It is also the location for the National Commemoration Day which is held each year on the Sunday nearest to July 11th.

The foundation stone for the Royal Hospital at Kilmainham in Dublin was laid by James Butler, 1st Duke of Ormonde in the year 1680 On This Day. 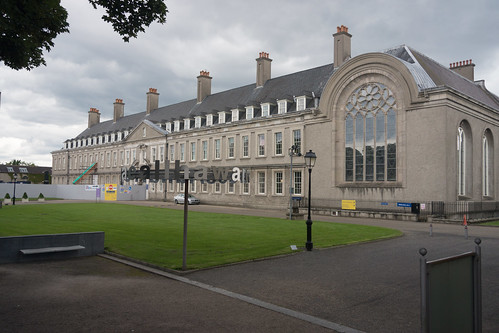 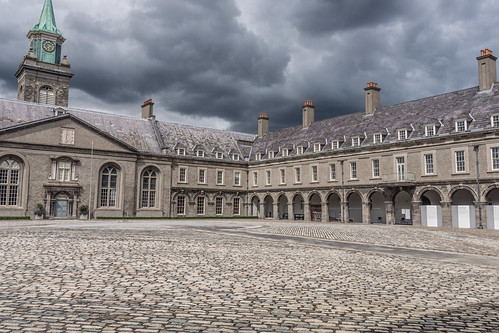 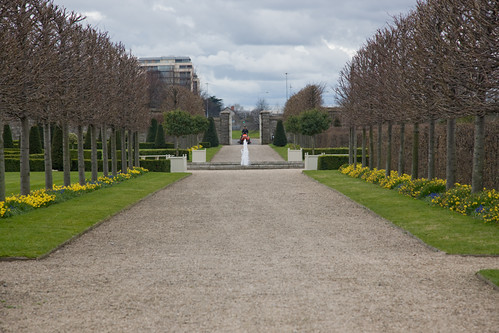