Salvador Dali was a surrealist painter who was a native of Spain. Apart from being a prolific painter he was also well recognised for other art forms such as sculpture, photography and filmmaking. Dali’s eccentric manner and flamboyant personality attracted much attention during his lifetime.

Salvador Domingo Felipe Jacinto Dalí i Domènech was born in Figueres, Spain in May 1904. He was interested in art from an early age and went on to study at an academy in Madrid. He lived in Paris for a time during the 1920’s where he interacted with other artists including Pablo Picasso.

One of Dali’s best known paintings is The Persistence of Memory. It was completed in 1931 and went on display in New York in1932. The painting, which is owned by the Museum of Modern Art in New York City, shows melting clocks in a landscape setting. Dali died in his hometown of Figueres near the city of Barcelona on January 23rd 1989.

Salvador Dali was born in the year 1904 On This Day. 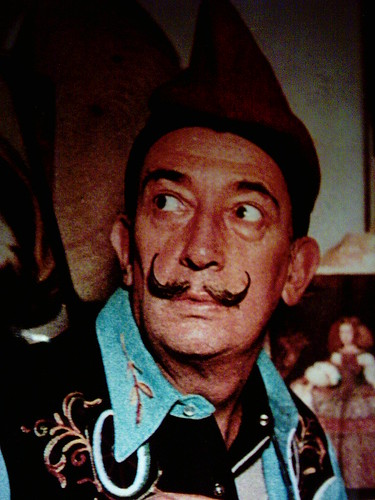