John Wayne was an actor and filmmaker who was a native of Iowa, USA. He was one of the most popular film actors for over three decades of the 20th century. Wayne was nominated for an Academy Award on three occasions. He won an Academy Award for best actor in the film True Grit in 1969.

John Wayne was born Marion Robert Morrison in Winterset, Iowa in 1907. At the age of seven his family moved to California where Wayne grew up. He was successful both academically and in athletics and was awarded a football scholarship to the University of Southern California. He was forced to leave university due to an injury and began working film studios.

Wayne played minor roles in several films before he was given his first leading role in the film The Big Trail in 1930. He became a star following his performance in the John Ford film The Stagecoach in 1939. During his career, Wayne played starring roles in westerns, war pictures, romantic comedies, police dramas and historical dramas. He starred opposite Maureen O’Hara in The Quiet Man, which was shot on location in Cong, Co Mayo. 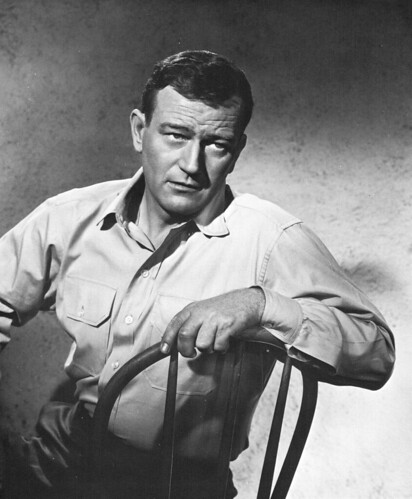