Gene Wilder was an actor, author and film director who was a native of Wisconsin, USA. He is best known for his role in films such as ‘The Producers’ and ‘Blazing Saddles’. He was the recipient of several awards and was nominated for an Academy Award on two occasions.

Gene Wilder was born Jerome Silberman in Milwaukee, Wisconsin in 1933. Interested in acting from a young age he began to study acting at the age of 13. Two years later he made his first appearance on stage as a paid actor playing the part of Balthasar in Romeo and Juliet.

In 1968 Wilder appeared with Zero Mostel in the film ‘The Producers’. For his role in the film he was nominated for an Academy Award for Best Supporting Actor. He went on to appear in films such as ‘Willy Wonka & the Chocolate Factory’, ‘Stir Crazy’ and ‘Woman in Red’. He died at the age of 83 on August 29th 2016.

Gene Wilder was born in the year 1933 On This Day. 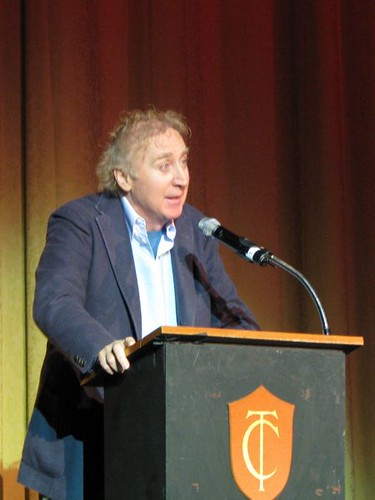