Barack Obama was the 44th President of the United States of America. He served for two terms from 2009 to 2017. A lawyer by profession, Obama served as US Senator for Illinois from 2005 to 2008. He was named the Nobel Peace Prize laureate in 2009.

Barack Hussein Obama II was born in Honolulu, Hawaii in 1961. His father, Barack H. Obama, Sr. and his mother, Ann Dunham met when they were both students at the University of Hawaii. Obama Sr. was a native of Kenya who was a student at the University on a college scholarship. Ann Dunham was studying anthropology.

Shortly after his son’s birth Obama Sr. was awarded a scholarship to study for a PhD at Harvard University. He moved to Harvard and Ann Dunham raised their son. She continued her studies and was awarded a BA in anthropology in 1967. She later studied abroad, particularly in Indonesia where she was accompanied by her son.

Barack Obama graduated with a degree in political science from Columbia University in 1983. He worked for a number of years as a community organiser in Chicago before entering Harvard Law School in 1988. He graduated with Juris Doctor Degree, worked as a lawyer and taught law at the University of Chicago Law School.

Having served as a US Senator, Obama was elected president of the United States on November 4th 2008. He was inaugurated as the first African-American President on January 20th 2009. He went on to serve for a second term and left office in January 2017 with an approval rating of 57 percent.

Barack Obama, 44th President of the United States of America was born in the year 1961 On This Day. 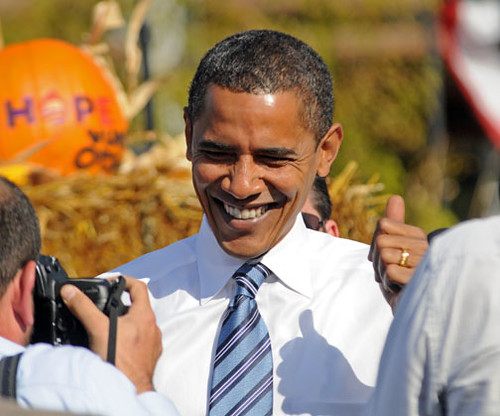