Niall Quinn is a native of Dublin. He is a former Irish international football player who played with distinction for his country. He spent most of his career playing with clubs in the English Premier League and played 92 times for his country.

Niall John Quinn was born in Dublin in 1966. Born into a sporting family he played both Gaelic games with Dublin and soccer with Manortown United. He played for Dublin in the 1983 All-Ireland Minor Hurling Championship. In 1983 at age 17 he moved to London where he began his career at Arsenal. Quinn remained at Arsenal until 1990, making 67 appearances for the club and scoring 14 goals.

Niall Quinn, former Irish international football player, was born in Dublin in the year 1966 On This Day. 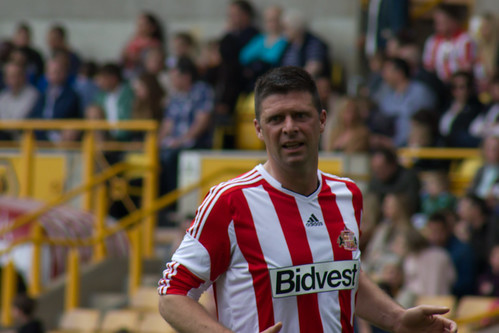