Paul Cullen, who was a student at Carlow College Ireland from 1816 to 1820, was Ireland’s first Roman Catholic Cardinal. A native of Co Kildare he had a major influence on the Roman Catholic Church in Ireland during the nineteenth century. He lived in Rome for thirty years. Cardinal Cullen is said to have drafted the dogma on papal infallibility during the first Vatican Council

Paul Cullen was born at Narraghmore, Athy, Co Kildare on April 29th 1803. He grew up on his parents’ 700 acre farm and attended the Shackleton Quaker School in Ballitore close to his home. At the age of 17, having completed his studies at Carlow College, he moved to Rome to study at the Pontifical Urban College. He was an excellent student, graduated with a Doctor of Divinity in 1828 and was ordained in 1829.

Cullen convened the Synod of Thurles for the purpose of unifying the Hierarchy in Ireland and bringing the church into line with Rome. The ‘Romanisation’ of the church, as it was called, included rules relating all aspects of church life, from the administration of the sacraments to the maintenance of church archives. He also began the practice of priests being called ‘Father’ instead of ‘Mister’ and the wearing of the Roman Collar by priests. Cullen was responsible for the introduction of denominational training for teachers. In 1854 he founded Holy Cross College at Clonliffe, the Dublin diocesan seminary.

Cullen raised large sums of money to support the temporal power of the Pope and helped raise the Irish Brigade to defend the Papal States against Garibaldi. This was the Brigade that Myles Keogh from Carlow joined. Cullen was appointed a Cardinal of the church in 1866. He was opposed to secret societies such as the Young Irelanders and the Fenians. He believed in constitutional means and saw the secret societies as enemies of Ireland. He strongly defended the rights of tenants and was an advocate for the relief of the poor. With the Lord Mayor of Dublin he established the Mansion House Relief Committee in 1862.

Cardinal Paul Cullen died in Dublin at the age of 75 in the year 1878 On This Day. 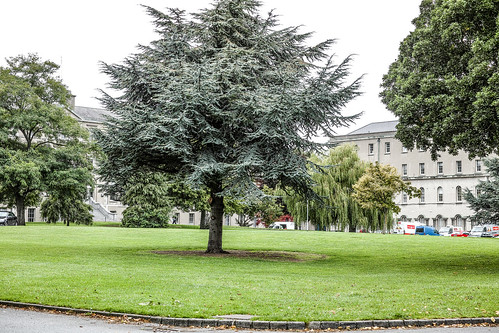