Sinéad O’Connor is a singer-songwriter and musician who is a native of Dublin, Ireland. Her first album, ‘The Lion and the Cobra’ was released in 1987. It achieved Gold Record status and earned her a Grammy nomination. During her career O’Connor has sometimes become involved in events which have caused controversy.

Sinéad Marie Bernadette O’Connor was born in Glenageary in County Dublin in 1966. Interested in music from a young age she made her first recording whilst attending Newtown School in Waterford. In 1984 while still attending school she formed her first band: ‘Ton Ton Macoute’. She later dropped out of school to perform with the band.

In 1990 O’Connor became an international star when the single ‘Nothing Compares 2 U’ from her album I Do Not Want What I Haven’t Got, became an international hit. The song reached Number 1 in countries around the world and earned her four Grammy Award nominations. In 1991 O’Connor was the winner of the Grammy Award for Best Alternative Music Performance. She has won several other awards including World Soundtrack Award for Best Original Song Written Directly for a Film in 2012.

Sinéad O’Connor, internationally renowned singer-songwriter and musician, was born in the year 1966 On This Day. 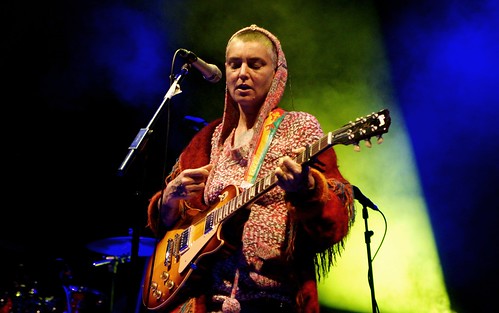