Ferdinand Porsche was born in Maffersdorf, which was then in the Austrian Empire, on September 3rd 1875. Today it is called Vratislavice nad Nisou and is located in the Czech Republic. Porsche was interested in technology, particularly electricity, from a young age. He developed the first electric car, the C2 Phaeton, in 1898.

Porsche worked for several companies before establishing the Porsche motor company in 1931. In 1934 he was given a contract by Adolf Hitler to develop the ‘people’s car’ (Volkswagen). During World War II he was involved in the production of tanks and weapon systems for the Third Reich. In 1950 Porsche introduced the Porsche sports car. He died on January 30th 1951.

Ferdinand Porsche, automotive engineer, submitted a design for a people’s car, a ‘Volkswagen’ to the new German Reich government in the year 1934 On This Day. 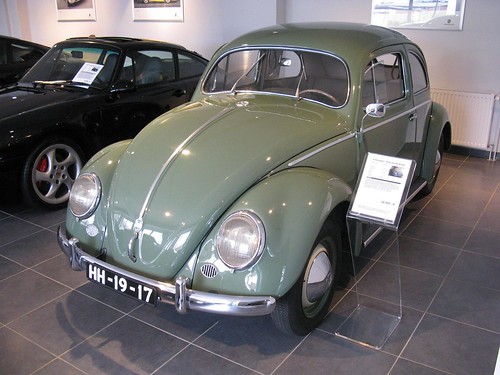