Dennis Taylor is a world champion snooker player who is a native of Northern Ireland. During the 1980’s he became one of the best known snooker players in the game. When playing Taylor wore glasses which had large frames and were ‘upside-down’ in appearance.

Dennis Taylor was born in Caolisland, Co Tyrone in 1949. Interested in snooker from a young age he became local champion at the age of 14. Taylor later moved to England where he turned professional in 1972. In 1984 he reached the semi-final of the World Championships. He became world champion in 1985 when he beat Steve Davis, the world number one, on the black ball. The game attracted a reported 18 million viewers.

Dennis Taylor, who was the winner of the 1985 Snooker World Championship, was born in the year 1949 On This Day. 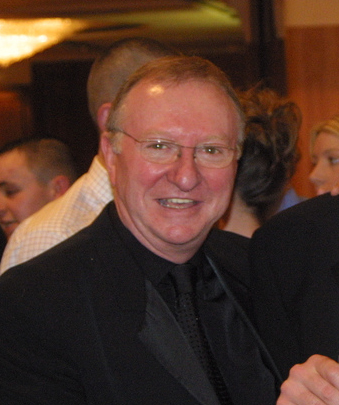