Glenn Miller was a bandleader and musician who was a native of the USA. He was also an arranger and composer who inspired the World War II generation. Miller’s most famous recordings include ‘In the Mood’, ‘Moonlight Serenade and ‘Tuxedo Junction’. During his career he had 23 number 1 hits and millions of his recordings still continue to sell.

Glenn Miller was born Alton Glenn Miller in Clarinda, Iowa in 1904. Interested in music from a young age he formed his fist band while still in high school. He entered the University of Colorado in 1923 but dropped out to pursue a career as a professional musician. He performed with several bands before forming his own successful band in 1938.

Miller enlisted in the U.S. Army in 1942 during World War II. He formed the Army Air Force Band which travelled to England in 1944. The band entertained and helped boost the morale of the troops. In December 1944 Miller’s plane disappeared over the English Channel. At the time he was flying to France to make arrangements to move the band there.

Glenn Miller, who became famous for recordings such as include ‘In the Mood’, ‘Moonlight Serenade and ‘Tuxedo Junction’ was born in the year 1904 On This Day. 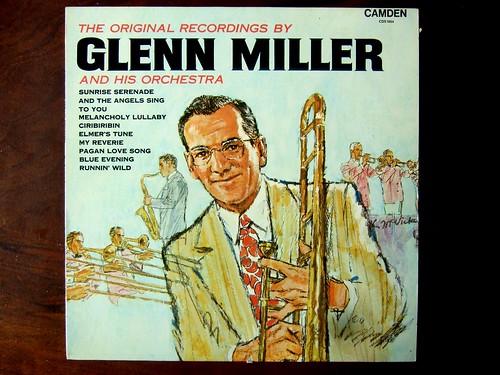