Kris Kristofferson is an internationally renowned singer-songwriter, musician and actor who is a native of America. His most famous recordings include ‘Me and Bobby McGee’ and ‘Help Me Make It Through the Night’, songs which he wrote himself. Kristofferson has also had a successful acting career. He has appeared in films such as ‘Alice Doesn’t Live Here Anymore’ and ‘A Star Is Born’.

Kris Kristofferson was born Kristoffer Kristofferson in Brownsville, Texas in 1936. He excelled academically and was awarded a Rhodes Scholarship to Oxford University, England. Having graduated in 1960 he had a successful career in the U.S. Army. He left the Army in 1965 to pursue a career as a songwriter. He was inducted into the Country Music Hall of Fame in 2004. He won a Golden Globe Award in 1976 for his role in the film ‘A Star is Born’.

Kris Kristofferson, internationally renowned singer-songwriter, musician and actor was born in the year 1936 On This Day. 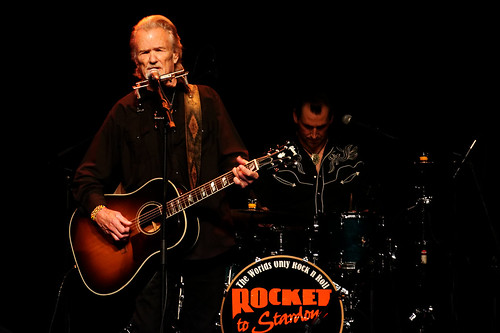