Roald Amundsen was a Norwegian explorer who led the first expedition to reach the South Pole in 1911. Just two years previously Ernest Shackleton from Kilkea in Co Kildare Ireland, led an expedition which came within 180km of the Pole (88° 23′S). Though Shackleton was forced to turn back, his team succeeded in reaching the South Magnetic Pole on January 16th 1909.

Amundsen set about being the first to reach the North Pole but everything changed when the American Robert Peary got there first on April 6th 1909. Amundsen then decided that he would try to be the first to reach the South Pole. Amundsen headed for Antarctica and reached the South Pole on December 14th 1911, one month before British explorer Robert Scott’s second attempt.

Roald Amundsen, Norwegian explorer who in 1911 led the first Antarctic expedition to reach the South Pole, was born in the year 1872 On This Day. 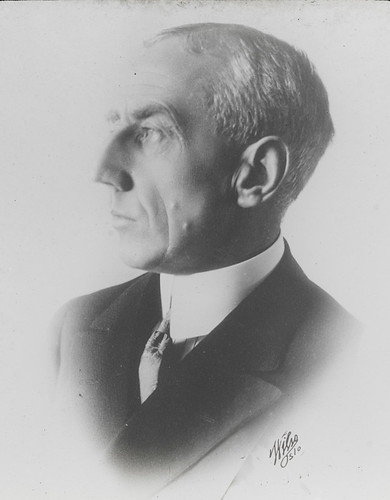