Barry Gibb together with his twin brothers Maurice and Robin formed the pop group The Bee Gees. . The group, which was formed in 1958, became one of the world’s best-selling and most successful music groups of all time.

Sir Barry Alan Crompton Gibb CBE was born 1946 in Douglas Isle of Man. When Robin and Maurice was four years old the Gibb family moved to Manchester. Always interested in music and singing, the three Gibb brothers began performing in public from an early age. Following the formation of the Bee Gees, Barry was the lead vocalist and played the guitar.

The Bee Gees had their first international hit in 1967. During the 1970’s they enjoyed success with songs such as ‘Staying Alive’ and ‘How Deep Is Your Love’. The three brothers continued to record and perform until Maurice died in 2003.

Barry Gibb, of the music group, The Bee Gees, was born in Douglas, Isle of Man in the year 1946 On This Day. 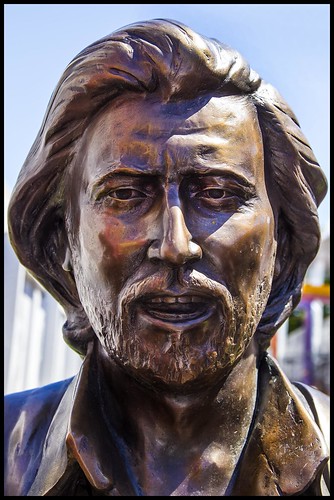