Charles Henry Dow was born in Sterling, Connecticut in 1851. He worked as a journalist before moving to New York in 1880. He worked for a financial news service and in 1882 he founded the Dow Jones & Company with Edward Jones and Charles Bergstresser. Based on research he carried out into market movements he invented the Dow (Dow Jones Industrial Average) in 1896.

Charles Dow, creator of the Dow and founder of the Wall Street Journal, was born in Sterling, Connecticut in the year 1851 On This Day. 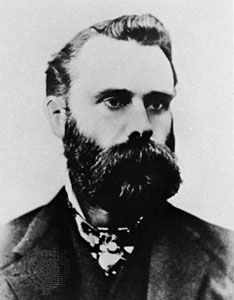