Auguste Rodin was a French Sculptor who became world famous in his lifetime. Oscar Wilde held Rodin’s work in great esteem. A bust which he cast of his friend George Bernard Shaw can be seen in the Musée Rodin in Paris. After the World Fair in Paris in 1900 his work was in great demand by wealthy clients. His sculptures include such famous pieces as ‘The Age of Bronze’, ‘The Kiss’ and ‘The Thinker’.

François-Auguste-René Rodin was born Paris in 1840. He entered a drawing school at the age of 13 but four years later failed to gain entry to École des Beaux-Arts. He worked for a time in the decorative arts. By the mid 1860’s he had completed his first major work, ‘Mask of the Man With the Broken Nose’. During the following years Rodin became a world-renowned artist.

Auguste Rodin, world renowned French sculptor, died in Meudon at the age of 77 in the year 1917 On This Day. 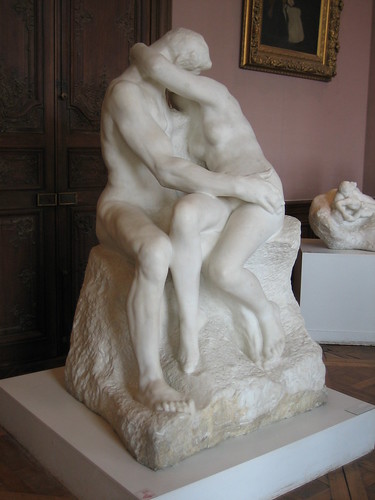