William Makepeace Thackeray was born in Calcutta, India on July 18th 1811. He was educated in England and contributed articles to university periodicals whilst a student at Trinity College Cambridge. He left University after a year and wrote for magazines and the Times newspaper. He married Irish woman Isabella Shawe and concentrated on writing as a career.

William Makepeace Thackeray who is best known as the author works such as The Luck of Barry Lyndon and Vanity Fair, died aged 52 in the year 1863 On This Day. 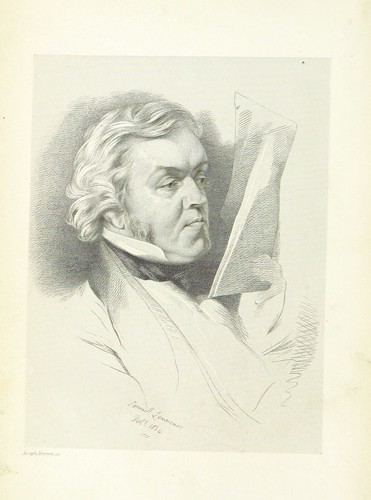 mage taken from page 10 of ‘The Works of William Makepeace Thackeray.
Tell your friends...