Michael Schumacher was born in Hürth, North Rhine-Westphalia, Germany in 1969. He began his driving career in karting and was winner of the German Junior Kart Championship in 1983. Having had one race with the Jordan Formula team Schumacher signed with the Benetton Formula One team in 1991. He won two titles with Benetton before moving to Ferrari in1996.

Michael Schumacher, regarded as one of the greatest Formula One drivers ever, was born in Germany in the year 1969 On This Day. 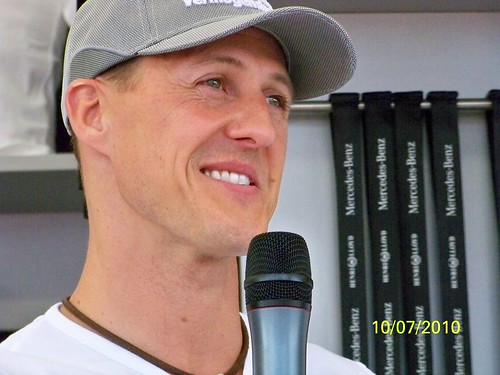