The London Underground, known as ‘The Tube’, is a railway system serving the city of London. The first underground section began operating in 1863, making it the oldest underground metro system in the world. Today there are 157 metro systems in cities around the world with the Beijing Subway being the busiest.

The first underground railway in London was constructed between Paddington to Farringdon Street. It was completed in 1863 and was served by steam driven trains. The line is now part of the Circle Line. The first electric traction underground trains began operating in London in 1890. Today London is served by eleven lines which carry over 1.3 billion passengers annually.

The first section of the world’s oldest underground railway, the London Underground between Paddington and Farringdon, was officially opened by Prime Minister Gladstone in the year 1863 On This Day. 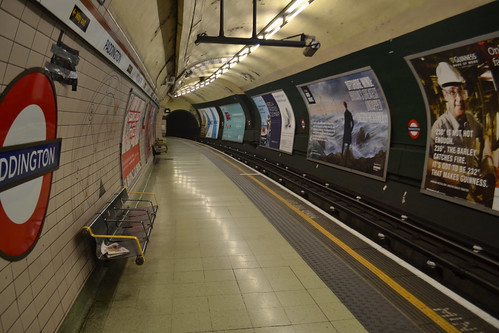