Andrew Kerins from Ballymote Co Sligo, Ireland was the founder of Glasgow Celtic Football Club. The club was founded in 1887 to alleviate poverty among the immigrant Irish people of Glasgow. Glasgow Celtic plays in the Scottish Premiership. It has millions of fans in Scotland and around the world. Kerins was a member of the Marist Order.

Andrew Kerins was born on May 18th 1840. He moved from Ballymote to Glasgow to work at the age of fifteen. Nine years later at the age of 24 he joined the Marist Brothers. The Order sent him for training to Beaucamps near Lille in northern France. He was given the religious name Brother Walfrid. Following four years of training he returned to Glasgow.

In Glasgow Brother Walfrid taught in various schools. He also worked with local organisations such as the St Vincent de Paul society to alleviate the cost for parents of sending their children to school. In 1874 was appointed Headmaster at the Sacred Heart School in Bridgeton in the east end of Glasgow. He founded a charity called the ‘Poor Children’s Dinner Table’ to help alleviate poverty in the East End of Glasgow. He also started a football league and a literary society. He worked with local employers to find work placement for his students.

The football leagues proved popular. Within a short period large numbers of people were paying an admission fee to attend games. In 1886 Brother Walfrid invited Hibernian Football club from Edinburgh to play a charity game against a team from Glasgow. Over 1,000 spectators attended which proved to be of great financial benefit to the ‘Dinner Tables’. The success of this and other games led Brother Walfrid and others to establish a football club in the East End of Glasgow. It was named Celtic Football Club. It had as its main objective ‘to supply the East End conferences of the St. Vincent De Paul Society with funds for the maintenance of the “Dinner Tables”’.

At a meeting in the church hall of St Mary’s in Calton, Glasgow, Glasgow Celtic Football Club was formally constituted in the year 1887 On This Day. 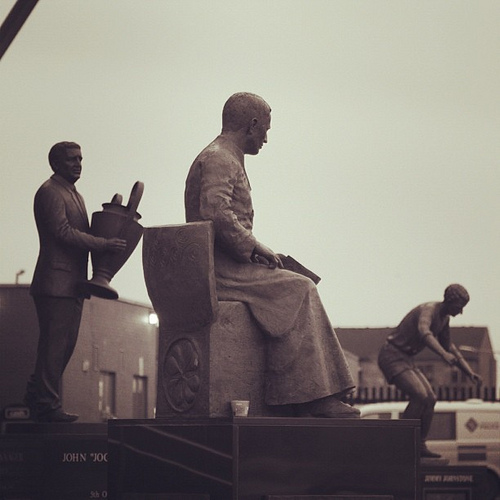 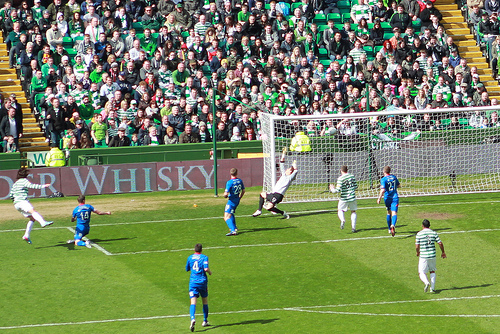