The city of Kilkenny is located in the south east of Ireland just over 120 Km from Dublin. it is often referred to as The Marble City. The dark limestone flecked with fossils was mined in the Black Quarry near Kilkenny City from the 17th century. It was used in local buildings and for street paving. The marble was also used in many buildings in Ireland and abroad. The headstone on Daniel O Connell’s grave in Glasnevin cemetery is made from Kilkenny Marble.

Kilkenny Marble was also used in the building Cobh Cathedral which was consecrated in the year 1919 On This Day. 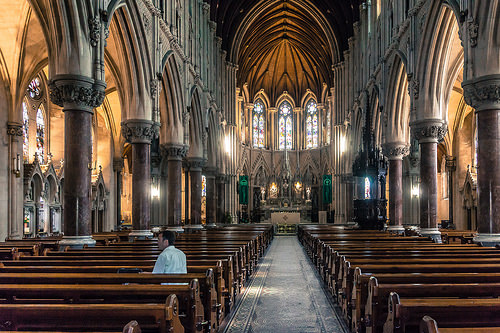 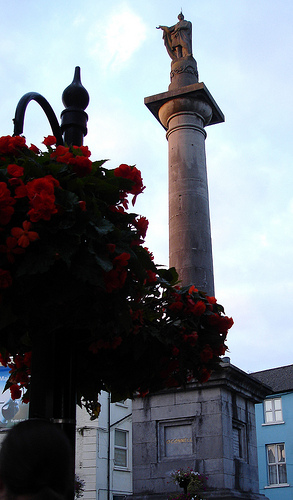