The auction of the contents of Kilkenny Castle, Ireland which was held over five days, began in the year 1935 On This Day. 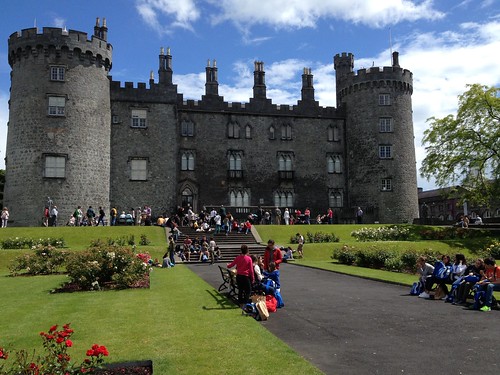 Efforts by Elizabeth 1 to extend her control in Ireland led to many uprisings, widespread destruction and great loss of life. She is reputed to have been proficient in many languages including Latin, French, Welsh, Cornish and Irish in addition to English. She encouraged the use of Irish even in the Pale.

Following a visit by Shane O Neill of Ulster to Queen Elizabeth 1, she expressed a desire to understand Irish. Sir Christopher Nugent, Baron of Delvin Co Westmeath prepared an Irish primer on her behalf. However when she was visited by Grace O Malley (Graineuaile) from Co Mayo in 1593 the meeting was conducted in Latin.

Queen Elizabeth 1 began her reign in the year 1558 On This Day. 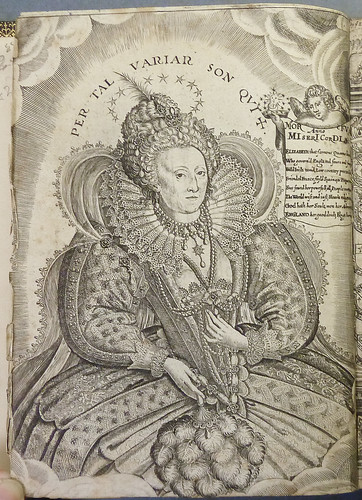 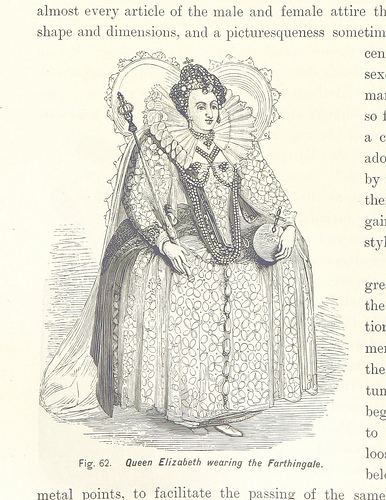 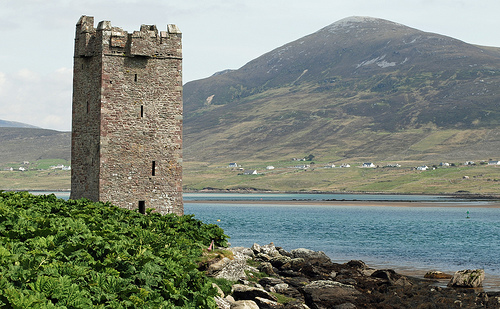 A defibrillator is a device that sends an electric shock to the heart to restore the normal heartbeat. It is used in the treatment of life-threatening cardiac conditions. It can be external or implanted in the body. Research carried out by cardiologist Paul Zoll led to the development of the defibrillator.

Paul Zoll was a cardiologist and medical researcher who was a native of the USA. He is referred to as the Father of Cardiac Electrotherapy for his pioneering work in the development of the cardiac defibrillator. His research also led the improvement of pacemakers, and other cardiac devices.

Paul Maurice Zoll was born in Boston, Massachusetts on July 15th 1911. Having graduated from Harvard Medical School in 1936 he worked in hospitals in New York and Boston. Whilst working as a cardiologist during World War II he became interested in how the heart responded to the slightest touch.

When the war was over Zoll returned to Boston. He began to develop methods to treat heart attacks without opening the chest. At Beth Israel Hospital in 1952 he restated the hearts of two patients via electrodes on the chest. His discovery led to the development of the defibrillator. The use of the defibrillator became common in ambulances and emergency rooms.

Paul Zoll, cardiologist and medical researcher, became the first person to use electric shock to treat cardiac arrest at Beth Israel Hospital, Boston, in the year 1952 On This Day. 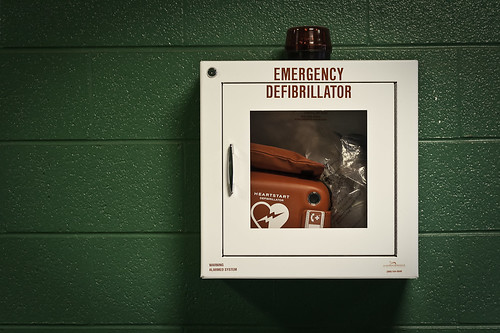 Princess Grace of Monaco visited her grandfather’s house in Co Mayo, Ireland in 1961. She was greeted by Mrs Ellen Mulchrone who was then the owner. The house is located close to Drumgoney Lough, better known locally as Leg of Mutton Lake, in Drimurla near Newport County Mayo. Princess Grace’s grandfather, John Bernard Kelly was a bricklayer. He left Drimurla in 1887 for Philadelphia where he founded a successful construction company.

Grace Patricia Kelly was born in Philadelphia, Pennsylvania in November 1929. She was interested in acting from a young age. After completing high school she decided, against her father’s wishes, to pursue an acting career. She studied at the American Academy of Dramatic Arts in New York City. Shortly after graduation she moved to Hollywood. She went on to appear in eleven films and numerous television productions. Grace Kelly received several awards including two Academy Awards. Her first award was for Best Supporting Actress for her part in the film Mogambo in 1953. She received her second Academy Award for her role as Best Actress in The Country Girl in 1954.

Grace Kelly’s marriage to Prince Rainier III of Monaco in April 1956, brought to an end her acting career. She concentrated on her role as Princess of Monaco and became involved in various philanthropic projects. She established the Princess Grace Irish Library in Monaco which opened in 1984. Following her visit to Newport in 1961 Princess Grace purchased her ancestral home. On subsequent visits in 1976 and 1979 she discussed architectural plans for a holiday home at Drimurla. The plans never materialised as Princess Grace died aged 52 following a car crash on September 14th 1982.

Grace Kelly, Princess Grace of Monaco, was born in Philadelphia, Pennsylvania, USA in the year 1929 On This Day.

Kilkenny hurler D J Carey is regarded as one of the best players ever to play the sport of hurling. He is looked on as an icon of the game. During his career he has won multiple County, Provincial and All-Ireland hurling titles. He has also been the recipient of several awards including being chosen for nine All-Star awards. Carey has been named Texaco Hurler of the Year on two occasions and in 2000 was named on the Kilkenny Hurling Team of the Century.

Denis Joseph Carey was born in Gowran Co Kilkenny in 1970. He was educated locally and received his second level education St. Kieran’s College in Kilkenny City. St Kieran’s is famed as a hurling school where Carey’s hurling skills were first developed. He won two All-Ireland Colleges’ Medals playing for St Kieran’s in 1988 and 1989.

Carey began playing with the Kilkenny senior team in 1989. Over the next seventeen years he made 57 appearances for his county before he retired 2006. During his senior career he won 5 All-Ireland titles, 10 Leinster titles and 4 national Hurling League titles.

D J Carey, who is regarded as one of the best players ever to play the sport of hurling, was born in the town of Gowran, Co Kilkenny in the year 1970 On This Day. 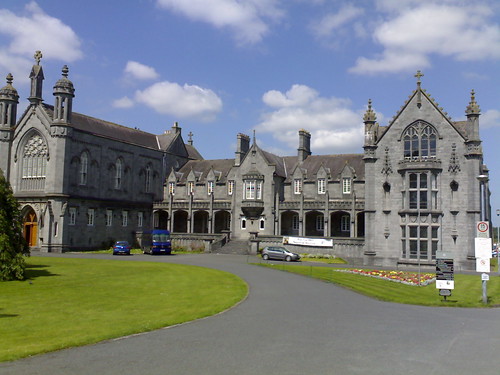 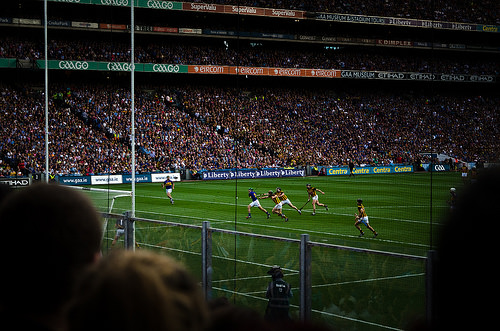