John Byrne VC DCM was born in Castlecomer, Co Kilkenny, Ireland on September 27th 1832. At the age of 22 he was awarded the Victoria Cross for gallantry while serving as a private in the British Army during the Crimean War. The Victoria Cross is awarded for ‘most conspicuous bravery, or some daring or pre-eminent act of valour or self-sacrifice, or extreme devotion to duty in the presence of the enemy’. The Victoria Cross has been awarded to 168 soldiers from Ireland, six of whom were born in Kilkenny.

Having moved from Castlecomer to Coventry in England to find work John Byrne, at the age of 18, enlisted in the British Army on July 27th 1850. It appears he breached regulations during his first years in the army and was imprisoned on two occasions. He was released and joined his regiment, the 68th Light Infantry, when it set sail for the Crimea on in August 1854. In November 1854 Byrne’s regiment was involved in the Battle of Inkerman. When his regiment was ordered to retreat during the battle John Byrne went, under fire, towards the enemy lines at great risk to his own life, to help a wounded comrade to safety. Five months later on May 11th 1855 Private Byrne’s regiment was involved in a battle near Sebastopol in the southwestern region of the Crimean Peninsula on the Black Sea. During the battle Private Byrne, in defending his position, engaged in a hand-to-hand combat with a Russian soldier. He killed the soldier, captured his arms and prevented a breach of the British defences.

Private John Byrne was awarded the Victoria Cross Medal for his acts of bravery and promoted to the rank of Corporal. His award was presented to him by Major-General Sir George Buller on July 22nd 1857 while his regiment was stationed on the Island of Corfu.

John Byrne later served with the British Army in New Zealand where he was awarded the Distinguished Conduct Medal (DCM). In 1866 he was promoted to Sergeant and after having served for twenty one years in the British Army was discharged in Cork in 1872.

In 1878 at the age of 45 John Byrne began working for the Ordinance Survey in Wales. A year later he was involved in a dispute with a fellow workman called Watts whom Byrne accused of insulting the Victoria Cross. On July 10th 1879 he fired a pistol at Watts, wounding him slightly. Byrne himself died a few hours later in tragic circumstances. He is buried at St Woolos Cemetry, Bassaleg Rd. Newport, Monmouthshire, Wales.

Private John Byrne, Castlecomer, Co Kilkenny was awarded the Victoria Cross for his bravery at the battle of Inkerman during the Crimean war in the year 1854 On This Day. 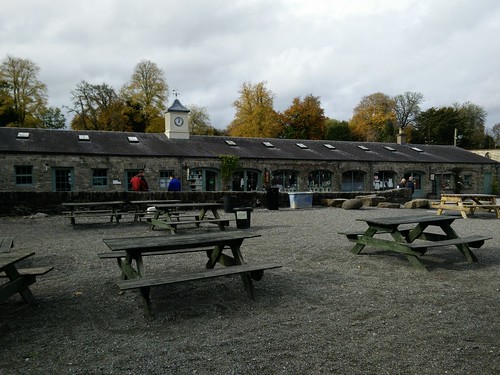 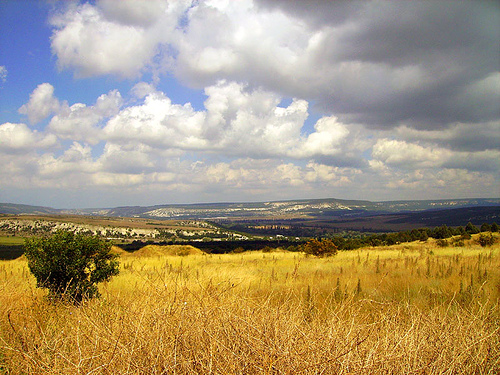 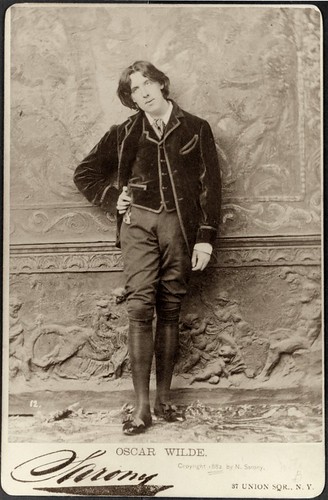 Percy French was a native of Co Roscommon, Ireland. He is regarded as one of Ireland’s greatest ever songwriters. French was also a famous entertainer and watercolour painter. He painted the watercolour, ‘Where ever I go my heart turns back to the County Mayo’ in 1902. It was sold by Dublin art auctioneers Whytes in 2005 for €44,000.

Percy (William) French was born at Cloonyquin House near Tulsk, County Roscommon in 1854. He was educated at Foyle College, Derry and in 1872 he began studying civil engineering at Trinity College Dublin. However at college French appears to have devoted much of his time to song writing, dramatics, painting and learning to play the banjo. He wrote his first successful song for a ‘smoking concert’ (live performance) in 1877. The song, which was called Abdul Abulbul Amir, became very popular but made only £5 for the writer.

French graduated from TCD as a civil engineer in 1881 after nine years at the University. He was employed as Inspector of Drains with the Board of Works in County Cavan. While working in Cavan he indulged his passion for painting and wrote two of his famous songs: ‘Phil the Fluter’s Ball’ and ‘Slattery’s Mounted Fut’. When he lost his job with the Board of Works in 1887 he began working as editor a weekly comic paper called ‘The Jarvey’. However the paper failed and French began his career as a fulltime entertainer and songwriter. He married Ethel Moore in 1891 but both his wife and daughter died a year later.

French became famous for songs such as Gortnamona and The Mountains of Mourne. In 1893 he married Helen Sheldon and they had three daughters. By 1900 he had become a well-known and very successful performer in Ireland. He began to tour successfully in the theatres of cities all over Britain and in 1910 he toured North America and the West Indies. He returned to Ireland each year to perform in towns and holiday resorts around the country. On one occasion he advertised a concert in the town of Kilkee in County Clare but was delayed getting to the venue because a train of The West Clare Railway broke down. He was awarded £10 damages and the incident led to him writing one of his most famous songs: Are ye right there Michael?

In January 1920 Percy French was giving performances in Scotland. Whilst giving a series of concerts in Glasgow he contracted pneumonia. He moved to live with his cousin in the town of Formby near Liverpool. He died a few day later at the age of 65 on January 24th 1920.

Percy French was born in the year 1854 On This Day. 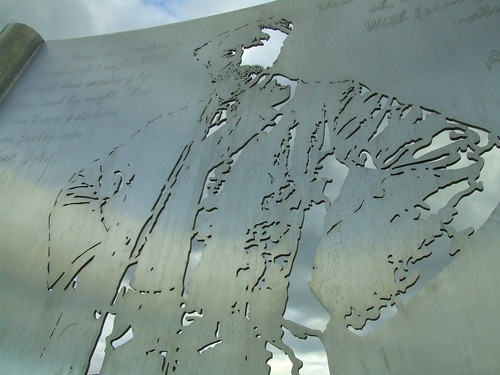 The Washington National Monument Society was formed in 1832 on the anniversary of the birth of George Washington. Following a period of fundraising a competition was held in 1836 to design a memorial and the cornerstone of the Monument was laid on July 4th 1848. Donations ran out and construction stopped in 1854. By then the monument had reached a height of 46m.

The anti-immigrant, anti-Catholic ‘Know-Nothing Party’ objected to the stone being used in the Monument. Nine members of the party broke into the grounds of the Washington Monument. They stole the stone and dumped it in the Potomac River. Following the American Civil War building recommenced in 1877 on the Washington Monument. It was finally completed and was dedicated on February 21st 1885. The monument was opened to the public on October 9th 1888.

The memorial stones, other than the ‘Popes Stone’, were built into the east and west interior walls so that they can be easily viewed by people ascending the monument. One hundred and twenty eight years after the first stone had disappeared the Vatican, during the reign of Pope John Paul II, donated another stone to replace the first. It was placed in the interior of the west wall of the Washington Monument 103m above ground level. The inscription on the stone reads ‘A ROMA AMERICAE’ which is Latin for ‘Rome to America’. A dedication ceremony to mark the occasion of the new stone being placed in the Washington Monument was held on November 16th 1982

The Washington Monument ‘Pope’s Stone’ was stolen and dumped in the Potomac River in the year 1854 On This Day. 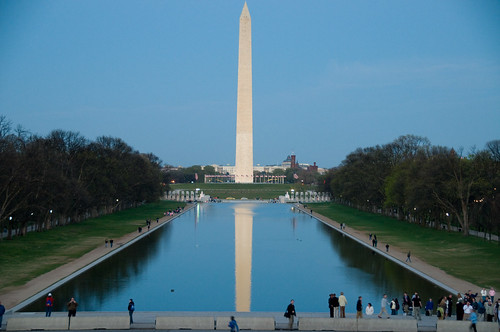