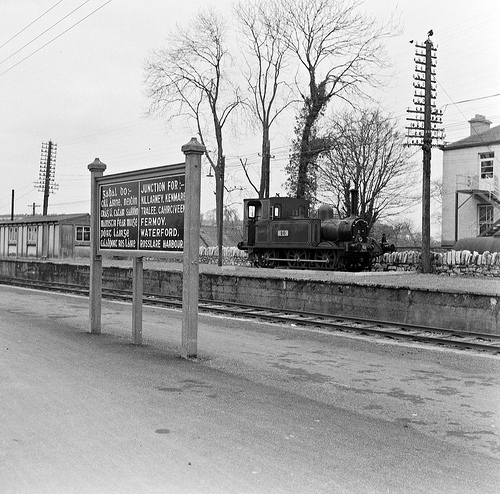 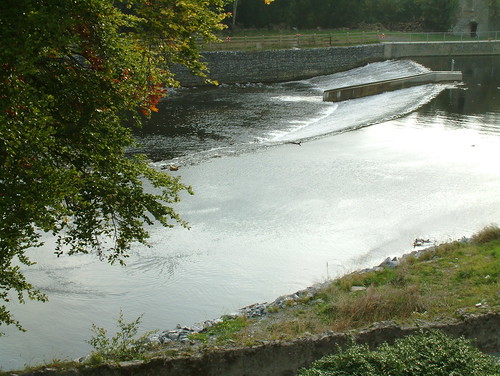 Charles Lucas, whose actions were the first to result in the award of the Victoria Cross, was a native of Poyntzpass, Co Armagh. He was given the award for his gallantry during the Crimean War in 1854. Lucas was 20 years old at the time at the time of the award.

The Victoria Cross was introduced by Queen Victoria in the year 1856 On This Day.

William Hamilton was a native of Co Kilkenny Ireland. He was awarded the Victoria Cross for gallantry in 1879. He won the award, at the age of 22, for bravery shown whilst serving with the Indian Army in Afghanistan. The Victoria Cross is awarded for ‘most conspicuous bravery, or some daring or pre-eminent act of valour or self-sacrifice, or extreme devotion to duty in the presence of the enemy’. The Victoria Cross has been awarded to 168 soldiers from Ireland, six of whom were born in Kilkenny.

Walter Richard Pollock Hamilton was born in Inistioge, County Kilkenny in 1856. On April 2nd 1879 he was serving as a lieutenant in the Staff Corps and Corps of Guides of the Indian Army during the Second Afghan War. He was leading the Cavalry against very superior numbers at Futtehabad when the following event took place for which he was awarded the Victoria Cross.

‘…at a critical moment when his Commanding Officer (Major Wigram Battye) fell, Lieutenant Hamilton, then the only Officer left with the Regiment, assumed command and cheered on his men to avenge Major Battye’s death. In this charge Lieutenant Hamilton, seeing Sowar Dowlut Ram down, and attacked by three of the enemy, whilst entangled with his horse (which had been killed) rushed to the rescue, and followed by a few of his men cut down all three and saved the life of Sowar Dowlut Ram’.

Lieutenant Hamilton continued to serve in Afghanistan. He was killed during the storming of the British embassy in Kabul on September 3rd 1879. There are memorials to Lieutenant Hamilton in Inistioge Church, Kilkenny, Horse Show Hall, Ballsbridge, Dublin and at Christ Church, Rawalpindi, Pakistan. A statue to him which was located at the National Museum in Dublin is now on display at the national Army Museum in London.

William Hamilton was awarded the Victoria Cross for his gallantry during an engagement in Afghanistan, was born in Kilkenny, Ireland in the year 1856 On This Day. 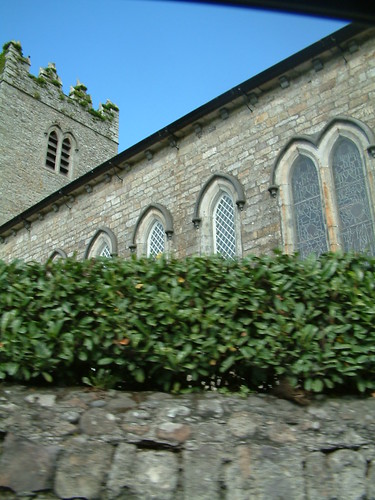 Sir John Lavery was an Irish artist. In early 1940 he moved from London to live with his step daughter, Alice, at Rossenarra House, Kilmoganny, Co Kilkenny in order to escape the London blitz. Lavery had become famous as a celebrity portrait painter and painter of wartime scenes. He had been a frequent visitor to Rossenarra house during the previous years and had painted a portrait of Alice and her family at their home in 1935. His paintings still attract attention and in 2007 ‘The Bridge at Grez’ (1884) was sold at Christie’s, in London, for £1,321,500

John Lavery was born in Belfast in March 1856. Both his parents died when he was young. He was raised by relatives, at first in Ireland and later in Scotland. He studied art at the Haldane Academy of Art (Glasgow Art School). Lavery later studied in France where he was a contemporary of Carlow artist Frank O Meara.

In 1885 Lavery returned to Britain. He settled in Glasgow where he became a well-known artist. In 1888 he was commissioned to paint the visit of Queen Victoria to the Glasgow International Exhibition. Following this he moved to London and established himself as a successful celebrity portrait painter.

In 1889 John Lavery married Kathleen MacDermott. They had one daughter, Eileen, who was born in 1890. Kathleen died of tuberculosis in 1891 and in 1909 Lavery married Irish-American widow Hazel Martyn. She was a native of Chicago and had a daughter Alice from her previous marriage.

Though appointed an official war artist during World War 1, Lavery was unable to travel to the Western Front due to ill-health. He continued to paint in Britain and received a knighthood after the war. He was elected to the Royal Academy in 1921. Lavery and his wife became involved in Irish affairs. They gave the use of their house at 5 Cromwell Place in London to the Irish delegation during the 1921 Anglo-Irish Treaty negotiations.

Following Irish independence the Currency Commission was established by the Irish Government to design coins and banknotes for Ireland. It was determined that each banknote would have the portrait of a woman. Lavery was commissioned to provide the portrait for which Hazel Lavery was the model. The image which he painted remained on Irish banknotes from 1928 until 1975. In 1975 it became the banknote watermark until the Euro was introduced in 2002.

In 1930 Lavery was awarded the Freedom of Belfast City. He was made a Freeman of Dublin in 1935. Lavery was awarded honorary degrees by both Trinity College Dublin and the Queen’s University of Belfast. His last complete painting ‘Gypsy Encampment’ was painted at Rossenarra House in 1940. He died aged 84 on January 10th 1941 at Rossenara House, Kilmoganny, Co Kilkenny.

Sir John Lavery was born in the year 1856 On This Day.

Patrick Nally after whom the Nally stand in Croke Park in Dublin was named was a native of Balla, Co Mayo, Ireland. The stand, which was dedicated in 1952, was demolished in the redevelopment of Croke Park in 2003. The stand was salvaged and erected 160km away at Colmcille Park in Carrickmore Co Tyrone. The Nally Terrace at Croke Park was officially opened in March 2003.

Partick William Nally was born in Rockstown House Co Mayo in 1856. His father William was the land agent for Sir Robert Lynch-Blosse, the local landlord. Patrick was educated locally and at St Jarlath’s College in Tuam Co Galway. He worked on his father’s farm and became a well-known athlete. In 1879 he organised the National Sports of Mayo. The successful event was held on his father’s farm and a repeat fixture was held the following year.

During the 1870’s Patrick Nally began discussions with Michael Cusack about the establishment of an organisation which would eventually become the Gaelic Athletic Association (GAA). Before the organisation was be established, however, Nally was arrested for Fenian activities. He was charged with plotting the murder of land agents. Nally was convicted and sentenced to ten years in prison. He died at the age of 36 in Mountjoy Prison on November 9th 1891, shortly before he was due to be released. Though some suspected foul play the official cause of Nally’s death was given as typhoid fever.

Patrick Nally was born in the year 1856 On This Day. 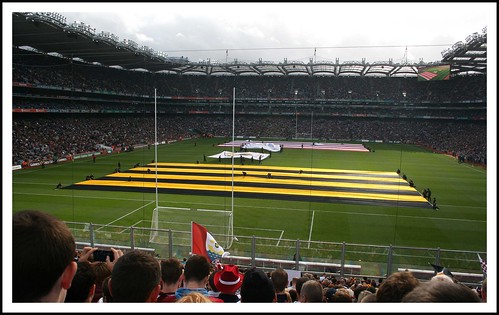