Rudolf Christian Karl Diesel was born to German parents in Paris, France in 1858. He was educated in his father’s home town of Augsburg in southern Germany. He later studied at the Royal Bavarian Polytechnic of Munich. Diesel graduated with distinction in engineering in 1880. Following graduation he worked for a time in the refrigeration industry in France.

In 1890 Diesel moved to Berlin to work in the area of research and development for the same refrigeration company. While working in Berlin, he began developing the diesel engine. He was granted a patent for the engine on February 28th 1893. 0n September 29th 1913 Diesel disappeared form the ship on which he was travelling to London for a meeting. He was assumed to have drowned.

Rudolf Diesel was born in the year 1858 On This Day. 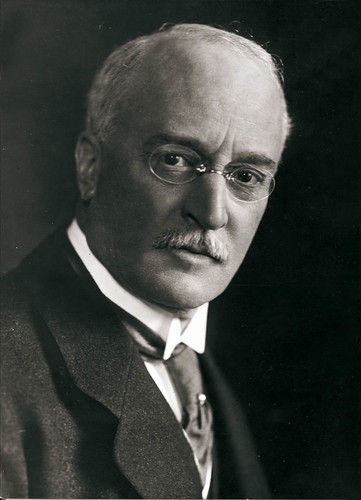 John Ryan was a native of Kilkenny city, Ireland. He was awarded the Victoria Cross for gallantry in 1857. He won the award at the age of 34 for his actions during the siege of the city of Lucknow capital of the state of Uttar Pradesh in Northern India. The Victoria Cross is awarded for ‘most conspicuous bravery, or some daring or pre-eminent act of valour or self-sacrifice, or extreme devotion to duty in the presence of the enemy’. The Victoria Cross has been awarded to 168 soldiers from Ireland, six of whom were born in Kilkenny.

John Ryan was born in Kilkenny in 1823. He was serving with the British Army in India in the middle of the nineteenth century. On September 26th 1857 the Royal Dublin Fusiliers, of which Private Ryan was a member, were fighting to relieve the siege of Lucknow. Two surgeons and a group of soldiers, including Ryan, found themselves besieged in a house in the city. A Captain Arnold, who was wounded, was in a dooly (covered litter) in the street outside. Ryan, with another soldier Private Peter McManus, went under heavy fire into the street and brought the wounded Captain to safety.

For his actions Ryan was decorated with the Victoria Cross by Lieutenant-General Sir James Outram, KCB at a ceremony in India on October 11th 1857. The citation for the award read as follows:

‘A party, on the 26th of September, 1857, was shut up and besieged in a house in the city of Lucknow, by the rebel sepoys…Private McManus in conjunction with Private John Ryan, rushed into the street, and took Captain Arnold, of the 1st Madras Fusiliers, out of a dooly, and brought him into the house in spite of a heavy fire, in which Captain Arnold was again wounded. In addition to the above act, Private Ryan distinguished himself throughout the day by his intrepidity, and especially devoted himself to rescuing the wounded in the neighbourhood from being massacred. He was most anxious to visit every dooly’.

Private Ryan was later promoted to the rank of Sergeant. Five months after his promotion Ryan was killed whilst fighting in the siege of Cawnpore (now Kanpur) just over 80km from Lucknow. He is buried in the Old British Cemetery Kanpur Uttar Pradesh, India. Sergeant Ryan’s Victoria Cross is held at the National Army Museum, Royal Hospital Road, Chelsea London.

Sergeant John Ryan VC was killed in action in India at the age of 34 in the year 1858 On This Day.

The Sanctuary of Our Lady of Lourdes in Southern France attracts over 5 million pilgrims of all denominations from all over the world every year. Located in the foothills of the Pyrenees, Lourdes has a population of just 15,000. It is the birthplace of Bernadette Soubirous, better known as St Bernadette.

Despite many attempts by her parents and church and civil authorities to get her to recant her accounts Bernadette steadfastly stuck to her story. In order to avoid the constant public attention she became a boarder at a school run by the Sisters of Charity. She became a member of the Sisters of Charity at the age of 22 in 1866. She spent the remainder of her short life in a convent in Nevers 700km to the north of Lourdes. Bernadette died at the age of 35 on April 16th 1879.

Bernadette Soubirous experienced the first apparition at Lourdes of the lady who identified herself as the Immaculate Conception in the year 1858 On This Day. 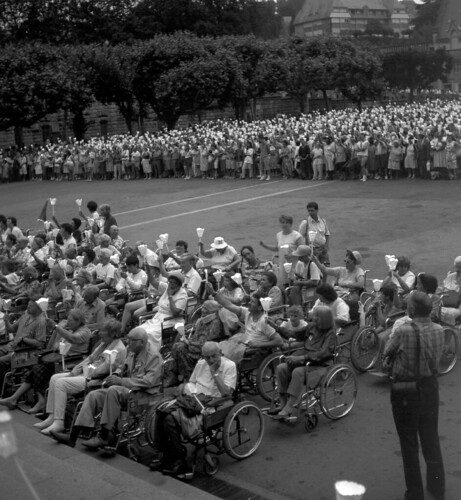 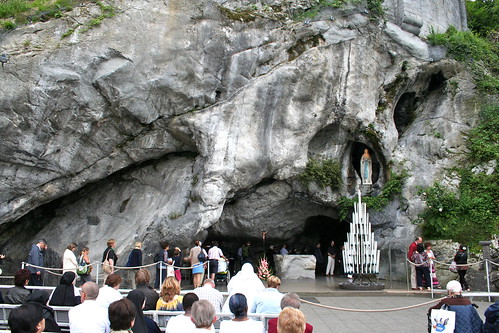 Giacomo Antonio Puccini was born in Lucca, Tuscany in December 1858. His father, who was the musical director of the Cathedral of San Martino in Lucca, died when Puccini was five years old. The city of Lucca paid for his education and kept the position of Musical Director open for him so that he could follow in the family tradition when he came of age. He studied locally and in 1880 went to the Milan Conservatory to continue his studies. He graduated in 1883.

During his career Puccini’s compositions included La Bohème, Tosca, Madama Butterfly, and Turandot which was completed by Franco Alfono. Puccini became famous and his operas were performed all over the world. His works are among the most frequently performed in the history of opera. In 1920 he began work on Turandot. In 1923 he was diagnosed with cancer of the throat. He died the following year at the age of 65 while undergoing radiation treatment in Brussels. He is buried in his villa at Torre del Lago about 25km east of Lucca on the coast of Tuscany.

Giacomo Puccini was born In Lucca, Italy in the year 1858 On This Day.