Michael Cusack was born in the village of Carran in Co Clare on September 20th 1847. He was educated locally and trained as a teacher in Dublin. He taught for a time at Kilkenny College and at Blackrock College before establishing his own academy.

On September 1st 1884 Cusack together with Maurice Davin, Joseph K. Bracken, Thomas St George McCarthy, P.J. Ryan, John Wise-Power, and John McKay founded the GAA at a meeting in Hayes’ Commercial Hotel, Thurles, Co Tipperary. The association grew rapidly and today has over a million members worldwide. It is a major influence in sporting and cultural life in Ireland and among the Irish diaspora.

Michael Cusack, founder of the Gaelic Athletic Association (GAA) died in Dublin at the age of 59 in the year 1906 On This Day.

Michael Davitt was a native of Co Mayo, Ireland. He was an Irish nationalist MP, social reformer and founder of the Irish National Land League. He was also an author and international humanitarian. Davitt was a campaigner for Irish Home Rule and was a close ally of Charles Stuart Parnell.

Michael Davitt was born in Straide, Co Mayo on March 25th 1846. When he was aged four, his family was evicted from their home because of rent arrears. The Davitt’s moved to England where they settled in Haslingden, Lancashire. When he was eleven years old Davitt’s arm was badly damaged in an accident at a cotton mill where he was working. His arm had to be amputated. He later worked in a post office and for a printer while attending classes at the local Mechanics Institute.

In 1865 Davitt joined the Fenians. He was arrested five years later for his involvement in arms smuggling. He was sentenced to fifteen years penal servitude. Davitt believed that the solution to Ireland’s agrarian difficulties was the ownership of the land by the people. He was released on a ticket of leave after seven years and returned to Ireland.

On April 20th 1879 Davitt organised a protest at Irishtown in Co Mayo to protest at threatened evictions by Cannon Burke, a priest who was a local landlord. The meeting is reported to have attracted over 15,000 people. The landlord withdrew his threat of eviction and reduced the rents by 25%. Davitt convened a meeting in Daly’s Hotel in Castlebar on August 16th 1879. The meeting, which was supported by Charles Stewart Parnell, inaugurated a body called the National Land League.

The Land League spread rapidly and branches were established in almost every part of the country. Within a few months it was a national organisation eventually becoming the Irish National Land League with Parnell as President and Davitt as one of its secretaries. During the Land War from 1879 to 1882 it pursued three aims for tenants, fair rent, free sale and fixity of tenure. It led opposition to evictions and brought about reductions in rents.

Davitt is recognised as an international humanitarian. He travelled widely on lecture tours in Ireland and Great Britain. He also visited Australia, New Zealand, South Africa, The Holy Land, South America, Russia and most of continental Europe. He promoted a policy of non-violent opposition to injustice. The campaign against British rule in India by Mahatma Gandhi was inspired by Michael Davitt. 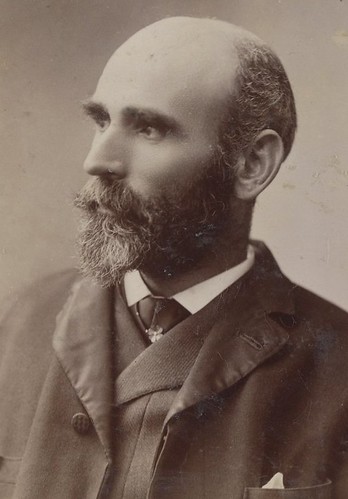