Glenn Miller was a bandleader and musician who was a native of the USA. He was also an arranger and composer who inspired the World War II generation. Miller’s most famous recordings include ‘In the Mood’, ‘Moonlight Serenade and ‘Tuxedo Junction’. During his career he had 23 number 1 hits and millions of his recordings still continue to sell.
Glenn Miller was born Alton Glenn Miller in Clarinda, Iowa on March 1st 1904. Interested in music from a young age he formed his fist band while still in high school. He entered the University of Colorado in 1923 but dropped out to pursue a career as a professional musician. He performed with several bands before forming his own successful band in 1938.
Miller enlisted in the U.S. Army in 1942 during World War II. He formed the Army Air Force Band which travelled to England in 1944. The band entertained and helped boost the morale of the troops. In December 1944 Miller’s plane disappeared over the English Channel. At the time he was flying to France to make arrangements to move the band there.
Glenn Miller, who became famous for recordings such as include ‘In the Mood’, ‘Moonlight Serenade and ‘Tuxedo Junction’ was en route to France when his US Army plane disappeared in thick fog over the English Channel in the year 1944 On This Day.

Child Benefit is an allowance paid to the parents or guardians of children and young adults. The payment is means tested in most countries. When it was introduced in Ireland in 1944 it was decided not to means test what was then called the Children’s Allowance. General taxation was increased to fund the new allowance.

Discussion on the introduction of Children’s Allowance in Ireland began in 1939. At the time the population of Ireland was in decline. In other European countries where the population was in decline, a Child Benefit scheme had been introduced. Following almost five years of debate the Children’s Allowances Act was enacted by The Oireachtas in 1944.

Child Benefit, which at first was called Children’s Allowances was introduced in Ireland in the year 1944 On This Day.

Edel Quinn was a native Co Cork Ireland. She worked as a lay missionary in east Africa from 1936 to 1944. Though suffering from tuberculosis she was described by Bishop McCarthy of Zanzibar as ‘an extraordinary individual; courageous, zealous and optimistic’. Pope John Paul II declared Edel Quinn venerable on December 15th 1994.

Edel Mary Quinn was born in Kanturk Co Cork on September 14th 1907. Having completed second level education she wished to join the Poor Clare Order of Nuns. She was unable to do so because she had contracted tuberculosis. She began working instead with the Legion of Mary, helping the poor of Dublin.

In 1936 Quinn became a Legion of Mary envoy in Africa. She was based in Nairobi, Kenya but her work led her to travel widely in east and central Africa. Though she was in poor health she succeeded in establishing branches of the Legion of Mary in several East African countries and on the Island of Mauritius. 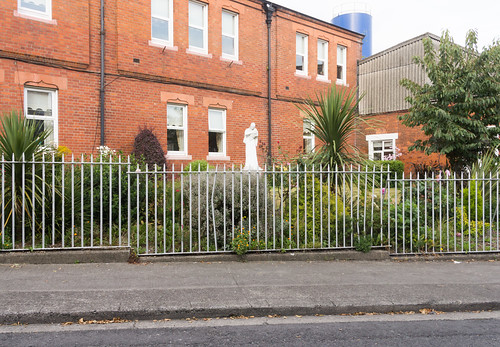 Nell McCafferty is a journalist and playwright who is a native of Derry, Northern Ireland. As a journalist she has worked for a wide range of media outlets. McCafferty has also become well known as a feminist and civil rights campaigner.

Nell McCafferty was born in the Bogside area of Derry City in 1944. Having been admitted to the Queen’s University Belfast, she graduated with a BA Degree and worked briefly as a teacher. In 1969 McCafferty began working as court reporter for the Irish Times. Her column, which was called ‘In the Eyes of the Law’ reported on events in the Bridewell courts in Dublin. The column continued to appear until 1997. She also wrote for several other publications and regularly appeared on radio and television.

Nell McCafferty was born in the year 1944 On This Day. 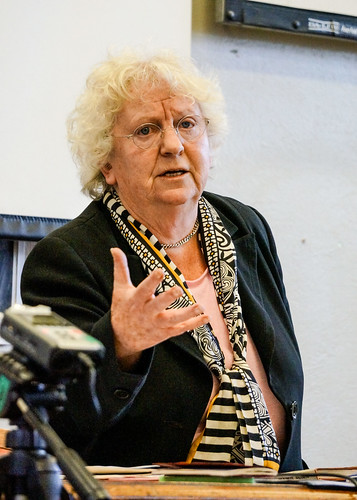 Macra Na Feirme is a voluntary organisation for people in rural Ireland between the age of 17 and 35. Through its network of clubs across Ireland the organisation provides a national programme of activities. It provides training, support and opportunities for personal development. It is a major outlet for socialising in rural areas

Macra Na Feirme was founded in the Vocational School, Athy, Co Kildare, Ireland in 1944. Science teacher Stephen Cullinan and a group of young farmers who were attending his agricultural science class agreed to establish a Farmers Club. Their aim was to provide adequate training for young farmers and to improve the opportunities for social activities in rural areas.

The founding group, which elected Stephen Cullinan as secretary, began organising representatives from all over Ireland. By 1946, with 52 clubs established around the country, the new organisation adopted the name Macra na Feirme. It established an office in Athy Town Hall. The office in Athy was officially opened by the President of Ireland Seán T. O’Ceallaigh on September 1st 1947. The organisation grew quickly and moved its offices to Dublin in the late 1950’s. Since it was founded Macra na Feirme has established:

Today Macra na Feirme has over 8,000 members between the ages of 17 and 35 in around 200 clubs around Ireland. A voluntary organisation it has six key areas of activity: agriculture, sports, travel, public speaking, community involvement and performing arts. Stephen Cullinan died at the age of 31 in 1951 and he is commemorated with a plaque on the front of the Town Hall in Athy.

Macra na Feirme was founded in Athy, County Kildare in the year 1944 On This Day. 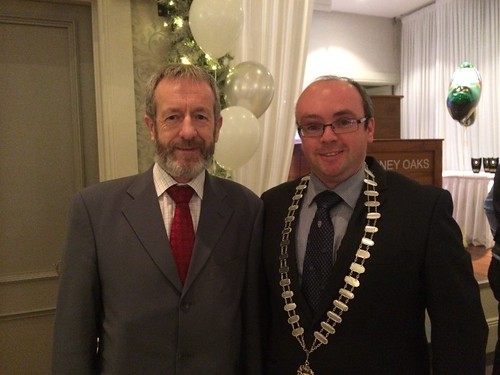