Joey Dunlop was a native of Northern Ireland. He was a world champion motorcyclist who won the TT (Tourist Trophy) Formula One world title on five consecutive occasions (1982-1986). He is widely regarded as one of the most popular and most successful motorcyclist racers of all time.

William Joseph Dunlop was born in Ballymoney, Co Antrim on February 25th 1952. He began racing in 1969 and made his Isle of Man debut in 1976. He went on to win 26 races in total on the Isle of Man. He also won the Ulster Grand Prix 24 times and the North West 200 13 times. In 1986 he was awarded the MBE for his services to motorcycling. He was also awarded and OBE for his humanitarian work in 1996.

Joey Dunlop died at the age of 48 while leading a race in Tallinn, Estonia in the year 2000 On This Day. 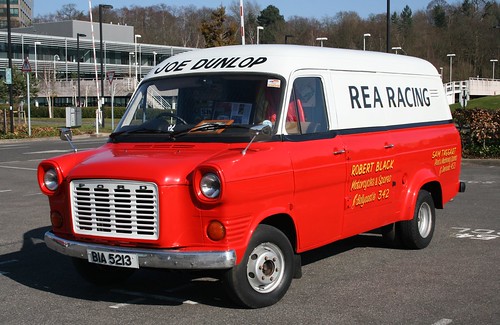 Angela Merkel is the first woman to hold the office of Chancellor of Germany. She is also the first female leader of her political party, the Christian Democratic Union. In May 2015 Forbes named Angela Merkel the most powerful woman in the world.

Angela Merkel was born Angela Dorothea Kasner in Hamburg on July 17th 1954, but grew up in the former East Germany. Her family moved there in 1954 shortly after she was born. Her father, who was a Lutheran minister had been appointed as pastor in the town of Quitzow near Perleberg about 80km north of Berlin in what was then East Germany.

At school Angela Merkel was a prize winning student. She excelled at languages, became fluent in Russian and won trip to Moscow. Following second level education she studied Physics at the University of Leipzig from 1973 to 1978. After graduation she studied and worked at the Academy of Sciences in Berlin-Adlershof. She was awarded a doctorate in 1990 for her thesis on quantum chemistry.

Following the fall of the Berlin Wall and German reunification Angela Merkel was elected to the Bundestag for the constituency of Stralsund – Nordvorpommern – Rügen in north eastern Germany. She has been re-elected to serve that constituency at every election since 1990. During the following years she was appointed to various ministries by the then Chancellor Helmut Kohl. Helmut Kohl was defeated in the general election of 1998 and Angela Merkel was appointed secretary general of the CDU (Christian Democratic Union of Germany). In 2000 she became leader of the CDU when she defeated Wolfgang Schäuble to become the first female leader of a political party in Germany.

Angela Merkel became the first female leader of a German political party in the year 2000 On This Day. 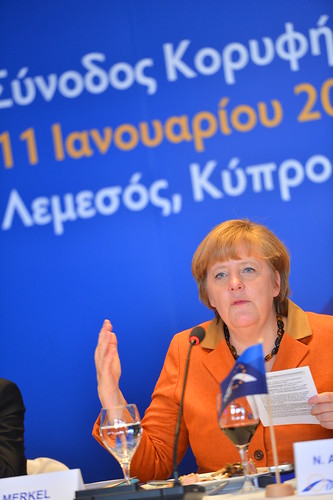 Fungie Fungie is a male bottlenose dolphin who has made Dingle harbour in the south west of Ireland his home for over 30 years. The town of Dingle is a major fishing port and an important tourist destination. Fungie, who was given his name by local fishermen is a major tourist attraction.

Fungie, who is also known as the Dingle Dolphin was first reported in the harbour in 1983. He began to swim alongside fishing boats as the left and returned to the harbour. He is now fully grown and appears to enjoy interacting with tourists. He spends most of the summer months in Dingle harbour but has to travel out to sea to feed at times during the winter months.

A bronze life size statue of Fungi was unveiled in Dingle in the year 2000 On This Day. 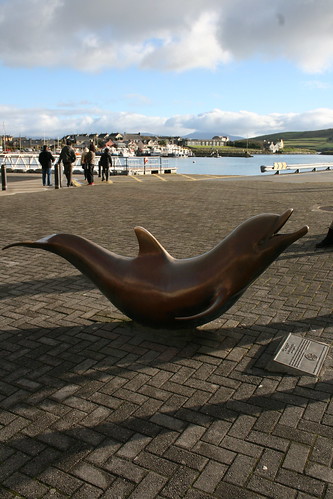 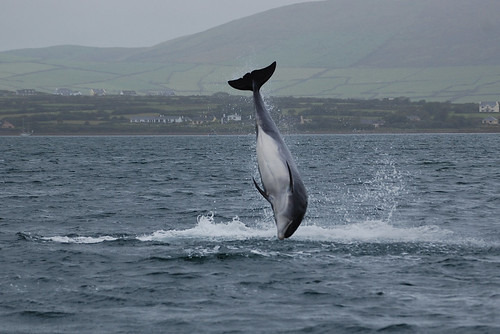 Sonia O’Sullivan, who is a native of Co Cork, is one of Ireland’s most successful athletes. She represented Ireland at four Olympic Games, winning an Olympic Silver Medal in 2000. O’Sullivan also won European Gold and World Gold Medals. She was Chef De Mission for the Irish team at the 2012 Olympics in London.

Sonia “Fran” O’Sullivan was born in Cobh, Co Cork on November 28th 1969. She was educated at Cobh Vocational School and began her athletic career with Ballymore Running Club in the town of Cobh. In 1988 O’Sullivan was awarded a scholarship to Villanova University in Philadelphia, USA. She graduated from there with a degree in Accounting in 1992.

Sonia O’Sullivan won the Silver Medal in the 5,000m at the Olympic Games in Sydney in the year 2000 On This Day.

The racehorse Danoli was owned by Dan O’Neill, Myshall, Bagenalstown County Carlow, Ireland. Danoli was trained by Tom Foley at his stables nearby. The thoroughbred which was foaled on May 14th 1988 became one of the most popular racehorses in Ireland during the 1990’s. During his career he was often referred to as ‘The People’s Champion’.

Dan O’Neill purchased Danoli in 1991 from Willie Austin of Cloughjordan Co Tipperary. The new owner’s own name and the first three letters of Olivia, his daughter’s name, were combined to give the horse his name.

Danoli began his racing career in National Hunt flat races winning his first race at Naas in 1991. In 1993 he began racing over hurdles in Ireland. He won his first two races before going to Cheltenham in 1994 where he won the Sun Alliance Novices’ Hurdle. During 1994 he also won the Aintree Hurdle, the Morgiana Hurdle and the Hatton’s Grace Hurdle. In 1995 he won the Aintree Hurdle for the second time. However he was found to have fractured a bone in one of his legs and underwent surgery at Leahurst Veterinary College in the University of Liverpool. He returned to racing and following some failures won the Red Mills Trial Hurdle at Gowran Park, Kilkenny in February 1996.

In 1996 Danoli began his steeplechasing career with a win at Clonmel. In the same year he went on to win the Denny Gold Medal Chase at Leopardstown Racecourse in December. On February 2nd 1997 he won the prestigious Hennessy Gold Cup at Leopardstown. Plagued by injury during his racing career Danoli had his final win at Navan on March 25th 2000. His retirement was announced in August of the same year. In retirement he drew large crowds to visit him at the National Stud.

Danoli was retired to the paddocks at the National Stud in County Kildare in the year 2000 On This Day. 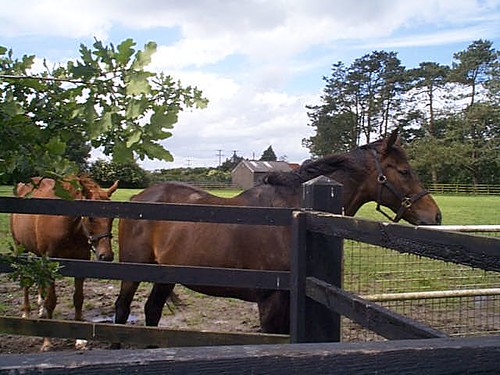