Knock, County Mayo, Ireland became the centre of attention 135 years ago when local people reported an apparition on the gable of the local parish church. Fifteen people, men women and children ranging in age from 5 to 75 claimed to have seen the apparition. On the evening of the apparition it was raining. However the people who witnessed the apparition stood in the rain for two hours reciting the rosary.

Reports of the apparition spread quickly. Reporters from national and international newspapers visited Knock. Accounts of ‘strange occurrences in a small Irish village’ appeared in newspapers in places such as London and Chicago. Queen Victoria of England requested a report from her officials. The parish of Knock is part of the Archdiocese of Tuam. The Archbishop of the diocese, Most Rev. Dr. John MacHale, established an ecclesiastical commission of enquiry. The enquiry sought testimony from all the witnesses. The final verdict of the commission was that the evidence given was trustworthy.

During the following years Knock became a place of pilgrimage initially for people from Ireland. In later years it has become an international religious site. Today the village of Knock, which has a population of around 600 people, is visited by 1.5 million pilgrims annually. In 1979 Pope John Paul II, during a visit to Ireland, visited Knock. Knock Shrine was also visited by Mother Teresa of Calcutta in June of 1993.

The apparition is reported to have occurred around 8 pm in 1879 On This Day. 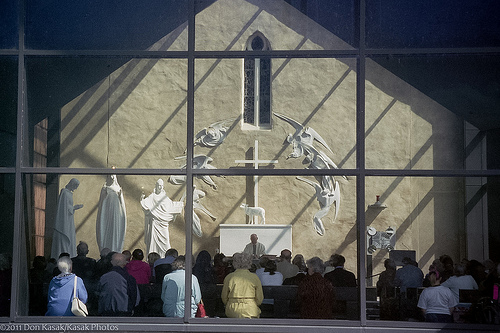 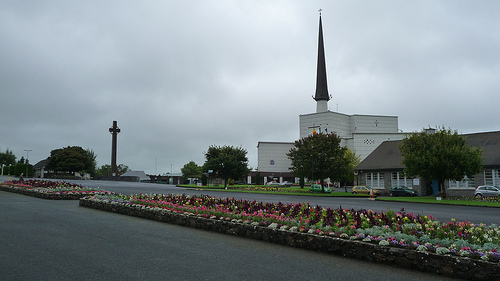 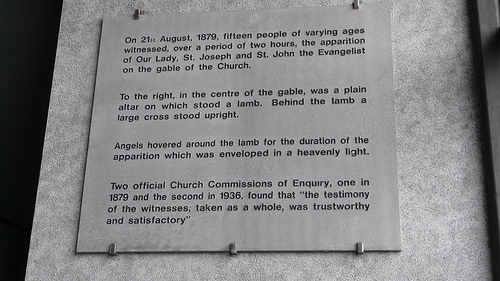