During his career Puccini’s compositions included La Bohème, Tosca, Madama Butterfly, and Turandot which was completed by Franco Alfono. Puccini became famous and his operas were performed all over the world. His works are among the most frequently performed in the history of opera. In 1920 he began work on Turandot. In 1923 he was diagnosed with cancer of the throat. He died at the age of 65 on November 29th 1924 while undergoing radiation treatment in Brussels. He is buried in his villa at Torre del Lago about 25km east of Lucca on the coast of Tuscany.

Puccini’s opera ‘La Boheme’ premiered in Turin, Italy in the year 1896 On This Day. 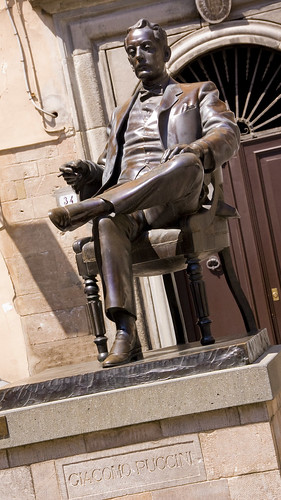